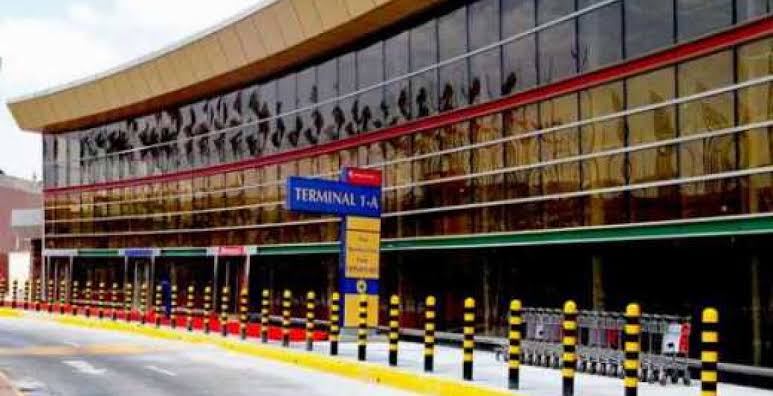 The girls were intercepted at Jomo Kenyatta Airport in Kenya

A total of 96 Ugandan girls have been intercepted in Kenya en route to the United Arab Emirates (UAE).

The girls aged between 14 and 18 years were intercepted at Jomo Kenyatta international airport in Nairobi, Kenya where they were due to board a flight to the Emirates. The girls believed to be from Napak district in Karamoja sub-region in northern Uganda were subsequently handed over to Ugandan authorities in Busia.

The UAE has in recent years become a hub for Ugandans seeking employment as domestic workers and security guards. Reports indicate that the UAE serves as a human trafficking hub where recruiters sell migrants to families that then illegally transport them to other countries in the Gulf.

Records indicate that there are more than 140,000 Ugandan girls working as domestic workers in Dubai, United Arab Emirates, Oman, Saudi Arabia and Qatar, among other countries. Many of the girls are however reported to be victims of human trafficking, while several others have escaped with not so rosy tales of exploitation and abuse in the hands of their employers.

Paul Kalikwan, the Busia deputy resident district commissioner said the girls were saved through a collaborative effort with Kenyan authorities as part of a campaign against human trafficking.

Patrick Lule, the Busia district police operations commander says that the girls will be presented to the ministry of Gender, Labour and Social Development to facilitate their return home.