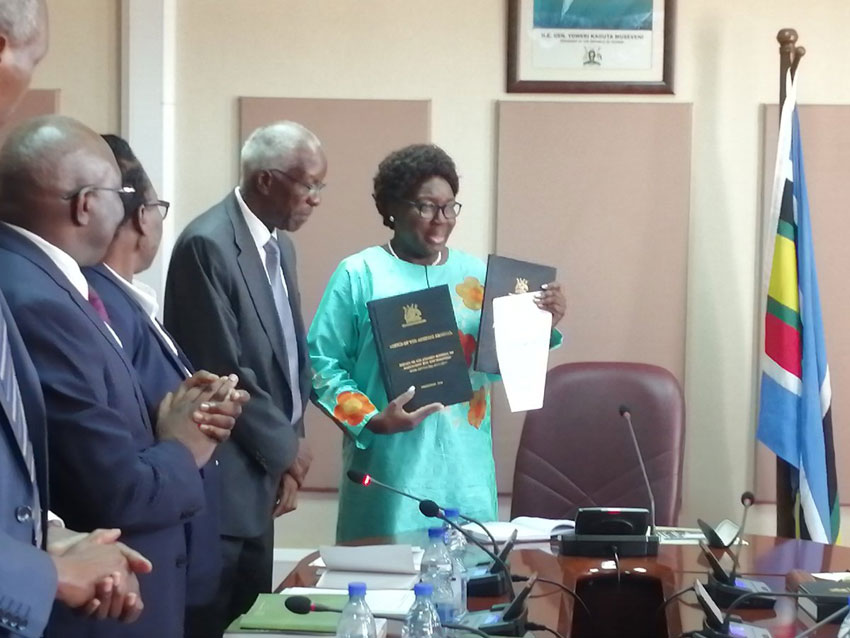 The December 2019 Audit Report for all government institutions has shown that all the supplementary budgets were passed unlawfully.

The report, which was presented to the Speaker of Parliament Rebecca Kadaga on Wednesday by Auditor General John Muwanga had two categories, one was about the performance of Auditor General’s office.

Another one was about the performance of all ministries and authorities in the year 2018/2019.

The report highlighted that much of the money which was allocated to ministries was not used to deliver services to people and it was taken back to the Ministry of Finance which sabotaged most of the work in ministries, especially in local governments.

Another highlight was that Parliament didn’t follow the right procedures while passing the supplementary budgets  to ministries and State House,which made it hard for Auditor General to account for it.

It also showed that there is a practice of freezing bank accounts of the government (departments).

“This practice is increasing and what comes out this ministries or departments fail to use this money to run their work,” said Muwanga.

In the same report, Muwanga said that there is still a big problem with money coming from oil projects. Muwanga went on and asked Kadaga to again revisit the laws concerning oil money before everything goes worse where people will fail to account for the money.

Finally, he advised the government to consider prioritising the financing of the Electoral commission Road Map gave its gravity in having a smooth and peaceful electoral process. Muwanga highlighted that the Electoral Commission (EC) requires Shs796.88b to organise Presidential, Parliamentary and local council elections 2020/2021.

“The Medium Term Expenditure Framework (MTEF)provision of the only Shs141bn in the year did not finance the above activities. This, therefore, prompted the Commission to reschedule the activities to the last year of the election. I observed that the financing of the road map to 2021 general elections is behind schedule,” he said.

While receiving the report Kadaga expressed her worries as to why everything concerning election is moving slowly yet election time is nearing.

“For the general elections, we are in serious troubles, primaries should be in May 2020, so if we have no constituencies, how will people be nominated?” she asked.

Social media is a big threat to schools during examination periods: says Uneb