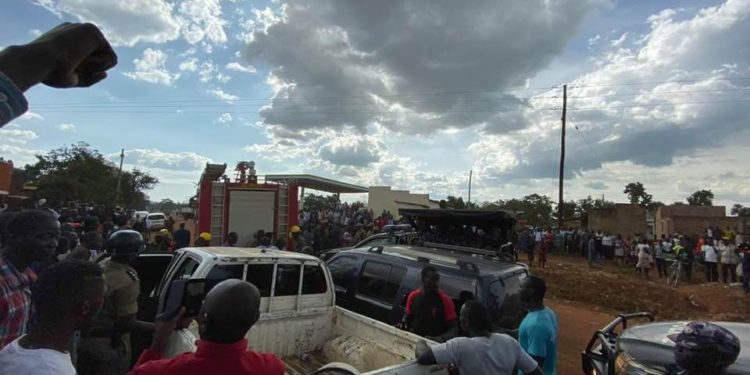 Leaders of the People Power movement have called off consultation meetings of their leader and presidential aspirant, Robert Kyagulanyi commonly known as Bobi Wine.

This  after police blocked meetings that were scheduled for Monday in Kasangati, Tuesday in Gulu and Wednesday in Lira.

The said consultations are in preparation to contest for presidency due 2021.

According to People Power management, they are tired of Police brutalising Ugandans at venues of their consultations, adding that what happened in Lira and Gayaza where local people were brutalised by Police to instill fear  prompted them to halt the programme.

According to People Power spokesperson Joel Ssenyonyi, moles have been planted within their system, given tshirts, money and instructions to to spark fights so that Police can arrest Bobi Wine and charge him with fake cases to make lose sight of the the presidency.

Ssenyonyi told this website that now that they know the hidden agenda of their opponent, it is time for them to go back on the drawing board and draft their next move.

“Wherever we have been going for consultation we have made sure that all requirements needed by both police and Electoral Commission were in place.  In Lira we did everything, we paid for the venues and it was an indoor consultation but still Police blocked us,” he said.

He added that they will first go back to the Electoral Commission and ask them what they did not do right for Police to interfere with their meetings.

“We expect them to give us answers for we can not go on like this,” said Ssenyonyi.