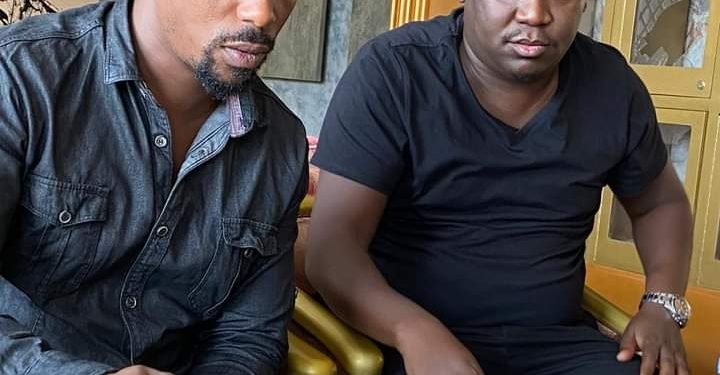 Music producer Vince Musisi has revealed how comedian Patrick Salvado Idringi made his life miserable because he refused to pocket money from ruling party-NRM.

Musisi and Salvado had been best friends until a few months ago when they stopped seeing eye to eye.

In his Facebook post on Tuesday, Musisi said he was a brother to Salvado and supported him until fame cornered him that he started treating him and some members of their group as fans.

The filmmaker disclosed that comedian also made him get kicked out of YayaXtra Lounge, Bar and Restaurant-  a place he called home simply because he refused NRM money.

“You told me I will die a poor man because of supporting Bobi Wine among other embarrassing things. Despite you and your friends branding me a mentally ill man, a casanova, I reserved my respect for you. Even when I apologised, you still went on 88.2 Sanyu FM and SPARK TV and you talked ill about me just because me I don’t have such platforms to respond to you. I forgave you and I would still pay to watch you perform because to me your talented papa.I love Talent and my country as Omulambuzi of Tulambule Uganda,” Musisi said.

However, in May this year, Salvado spilled secrets on why he and Vince were no longer friends.

“Banange people never sleep with people from your groups, don’t do it,” he said while laughing. When asked if that’s what Vince had done, he chose not to respond. He however noted that whereas it is true that the two support different political parties but that is not the reason we fell out,” he said during an interview with Spark TV.

“Vince attacked me and my family, I don’t tolerate anyone who tempers with my wife and my children, do anything to me but leave my family out of it.”

According to Salvado an apology that comes with a “but” is not an apology.