JK Kazoora blasts Barbie Kyagulanyi for blue ticking him on Whatsapp, turning down his calls

by Allen Kisakye
in Entertainment, Showbiz
24 2 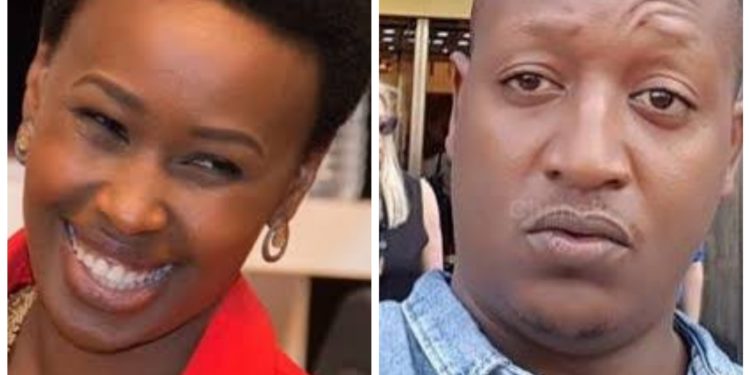 Veteran media personality JK Dave Kazoora has blasted Barbie Itungo Kyagulanyi for blue ticking him on Whatsapp and refusing to pick his calls.

In a video shared on NBS TV’s Facebook page on Monday, Kazoora is seen ranting on how Barbie is ‘feeling herself’ on him yet they have a long standing relationship that bounds them together.

Kazoora said that on his next Late Nite show aired on NBS TV, he wants to host Zuena Kirema (Bebe Cool’s wife), Daniella Atim (Jose Chameleone’s wife) and Barbie but the program might not go as planned because the latter has failed to confirm her attendance.

“We are supposed to have Zuena, Daniella and Barbie and of course I texted Zuena and Daniella and they were all okay but Barbie, I texted you and you blue ticked me, I called you and you didn’t pick my calls, Barbie I’ve known you for 20 years,” Kazoora said.

Kazoora who isn’t happy with Barbie’s current ‘pride’ reminded her that she might be the ‘first lady’ but she shouldn’t forget their history.

“I know you’re now the first lady but my prodigal wife Patricia was your classmate, my father Kazoora senior married your aunt. In 2002 after my very first Jam Agenda show, a young guy reached out to me and said ‘I see your going to do great on the show, I am an upcoming artiste, can I have your number, my name is Bobi Wine… and now you don’t pick my calls Barbie?” he said.