by Allen Kisakye
in Entertainment, Showbiz
18 2 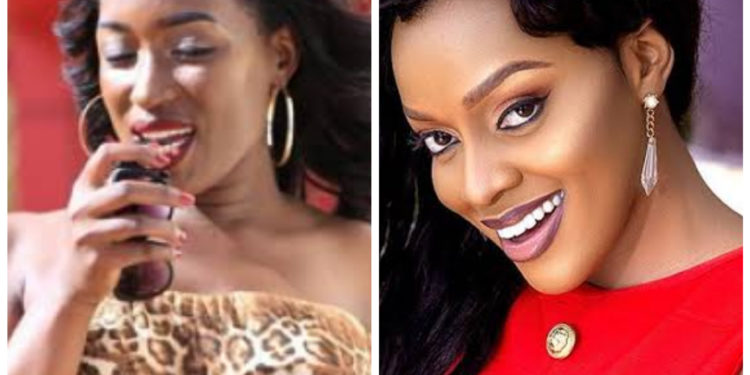 Using BBS Telefayina’s Diana Nabatanzi as a good example, former media personality Justine Nameere has advised young girls to work hard for themselves instead of depending on sugar daddies.

Currently, Nabatanzi has become a laughing stock on social media after her ‘sugar daddy’ Emmanuel Kaweesi Lwasa shared details of their failed intimacy to the media.

Lwasa who was introduced over the weekend by another woman ran from one interview to another disclosing Nabatanzi’s weakness as a woman and why he dumped her for another woman.

The Masaka-based businessman said that he didn’t get anything good from Nabatanzi because for all the five years he spent injecting money in her, the Kasukali show host failed to give him results.

Lwasa claimed that he bought Nabatanzi a brand new car, gave her business, paid for her rent and also supported her lavish lifestyle but the TV star failed to give him a child or even make their relationship official.

But why go through the shame! Nameere used this scenario and requested girls to work hard to avoid being trashed by rich old men like Lwasa.

“Ladies don’t allow yourselves to get trashed by old men simply because he bought you a car, bla bla business, house rent! No dear, toil for your money and love for love, do not confuse the two,” she said on her social media page on Tuesday.

Adding that, “You old men who give you small tokens and monies to girls and harass them by announcing for the entire republic of Uganda, bambi mweddeko.”

BENSON TURAMYE: Why We Must Up Our Efforts to Tap Into the Women Potential for Development

BENSON TURAMYE: Why We Must Up Our Efforts to Tap Into the Women Potential for Development