by Allen Kisakye
in Entertainment, Showbiz
68 1 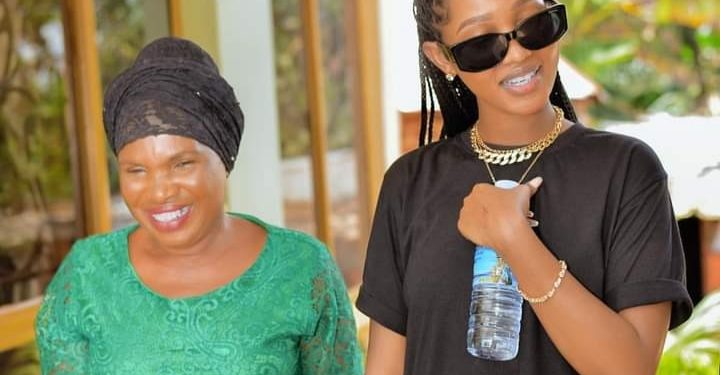 Mowzey Radio’s mother Jane Kasubo has shared a secret that her son told her about singer Spice Diana before his death.

Radio, real name Moses Ssekibogo passed on at Case Hospital Kampala on February 1, 2018 after succumbing a blow on the head at an infamous Entebbe based night hangout De Bar.

During an interview with Spark TV’s Live Wire on Wednesday, Radio’s mother said that before that incident, Radio told her that Spice Diana was to become a big star.

“Before Radio died, he told me that there is a girl called Spice Diana and that by next year (2019) she was going to become a big star,” she said.

Ms Kasubo however advised Spice Diana not to be pressured into getting married, but instead focus much on her career, later she can start looking into finding a perfect lover and marriage will come in later.

And about her relationship with Weasel Manizo, Radio’s mother disputed rumours that she isn’t in good terms with the remaining half of Goodlyfe, saying that Weasel usually goes to visit her some days and they spend some light moments together.