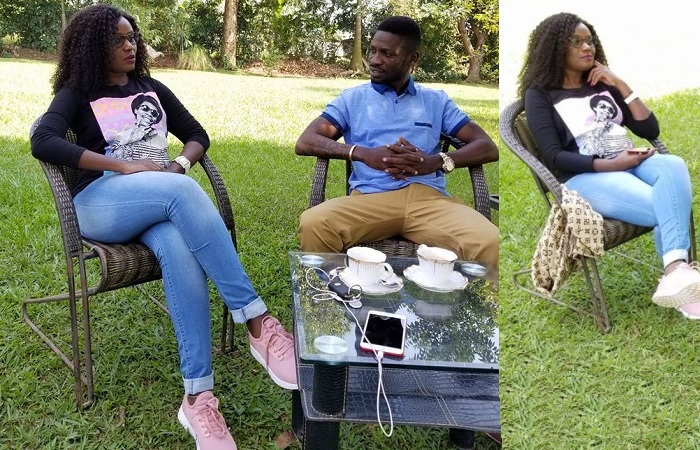 ‘I take my hat off for you’, singer Juliana Kanyomozi has showered singer turned politician Robert Kyagulanyi Sentamu aka Bobi Wine with praise for standing still amidst all challenging situations he is currently facing.

Juliana who is currently abroad, acknowledged Bobi Wine’s efforts and resilience to inspire the entire generation and making them believe that one can achieve anything no matter where they come from.

From doing petty jobs, to music and later joining the Parliament in 2017, Bobi Wine was even set to overthrow Yoweri Museveni from the Presidential seat which he has enjoyed for the last 35 years.

And although he lost in the Presidential elections, his move to run for this seat has inspired many people both in Uganda and across the globe, making him the biggest opposition candidate of this generation.

According to Juliana, saying that she is proud of Bobi Wine is an understatement given his contribution and inspiration he has been to the youth.

“You have come a long way @HEBobiwine, and yet you are still standing. You have inspired an entire generation. To say I’m proud of you is an understatement, I take my hat off for you! Big thank you to Barbie for always being your rock. Continue to work in your calling. Be safe.” She noted on twitter on Tuesday.

Juliana and Bobi Wine have been close friends for years and in early 2000’s, they teamed up for a collabo dubbed Mama mbire, a hit song that brought Juliana to fame.

MICHAEL ABONEKA: It is wrong for EC to exclude results of over 1,200 polling Stations

MICHAEL ABONEKA: It is wrong for EC to exclude results of over 1,200 polling Stations