by Catherine Apolot
in Entertainment, Showbiz
5 0 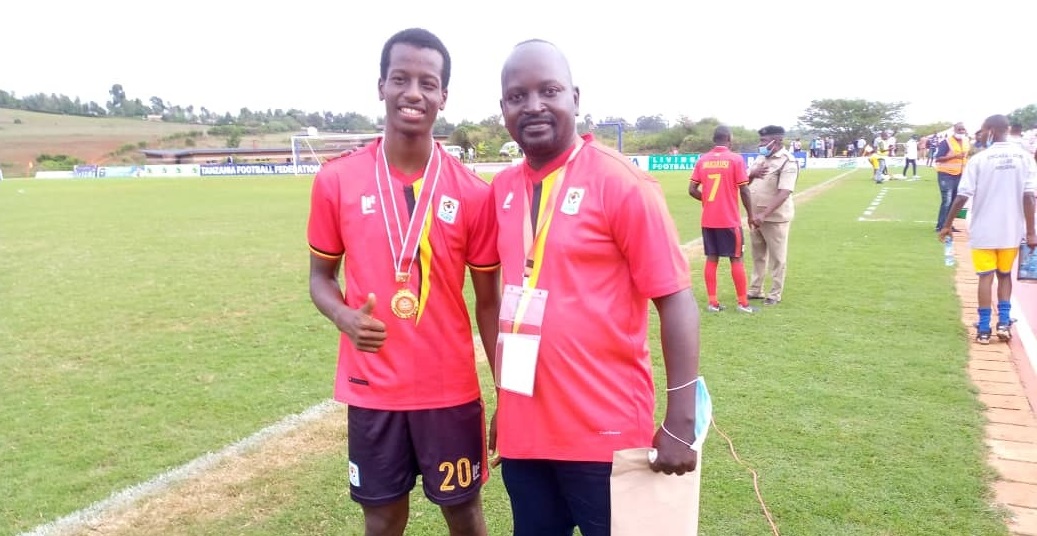 Uganda U-20 National Team (The Hippos) convincingly defeated Tanzania (4-1) during the final of the 2020 CECAFA U-20 Challenge Cup played at the Black Rhino Academy sports center in Karatu, Tanzania on Wednesday, 2nd December 2020.

Both finalists started the match well aware they had already booked their tickets to the 2021 AFCON U20 Finals to be hosted by Mauritania. The battle was now left to which team takes the title on the day.

Singer Bebe Cool’s son Alpha Thierry Ssali was part of the team that made Uganda proud.

From a young age, Alpha has been in the right hands at the Proline Soccer Academy, nurturing his talent and fine tuning a few aspects of his game. He was promoted to the Proline FC senior team this year.

After winning the CECAFA U-20 title, Bebe Cool was quick to congratulate Uganda Hippos as well as his son for making him proud.

“Congratulations Uganda Hippos.Champions of CECAFA U20,2020. Uganda is making headlines as our U20 beat Kenya 3-1 yesterday to qualify for Afcon 2021 and finally today they beat Tanzania 4-1 to win the trophy.
Thank you FUFA,coach Byekwaso and your full coaching stuff. Congs Alpha and am happy 4 u for being part of the winning team and i hope u have learnt much more from this experience because you have a very big task to prove many wrong and make our country proud,” the singer posted on his Facebook page on Wednesday.

Last week, when Alpha made his debut on the U-20 national team, Bebe Cool revealed that when his son began following his dream, some people called it a joke.

“What began like a dream or what most called a joke will soon become real. At 16 years, alpha Thierry Ssali today made his international debut in the AFCON zonal qualifiers. The Hippos U20 beat Burundi 6:1,” he said.

The singer also shared pictures of his son, to show that it didn’t just happen, but Alpha had worked hard to make it to the team.

“The pictures below tell the story of a God fearing, hardworking, humble, respectful, focused young man, congz my son and may Allah grant you all your wishes,” he noted.