by Lawrence Kazooba
in Entertainment, Showbiz
100 1 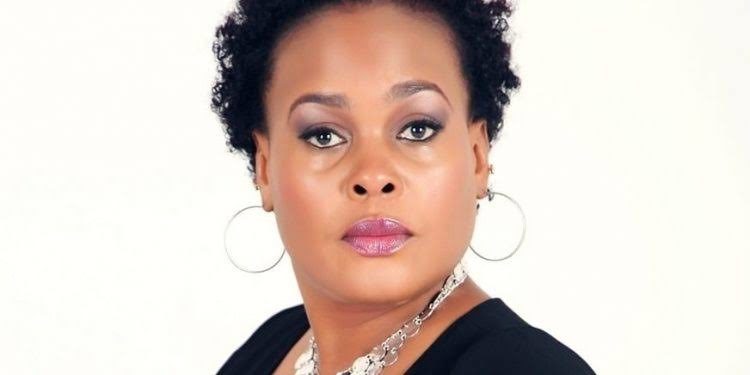 Betsy Mugamba has been fired from Sanyu FM for backstabbing her employers and fellow staff after she plotted a strike which led to a mass sacking of her colleagues. Unfortunately, Betsy, the blue-eyed girl of Sudhir Ruparelia and the chief operations officer at the Crane Chambers based radio station, did not resign after the saga and instead covered herself as innocent in the whole melodrama.

Back in June 2020, in the middle of Covid-19 pandemic a group of Sanyu FM employees went on strike. Since the staff had running contracts that curtail them from absconding from duty without reasonable explanations, several people including James Onen aka Fat Boy, lost their jobs.

Whereas Fat Boy who was the biggest name on the radio made the biggest headlines, the plotters were different and were eating colleagues from inside. Four months down the road, an audio of the secret meeting of disloyal staff plotting the strike with intention to embarrass and bring Sudhir Ruparelia Empire on its knees, has been brought to the fore.

An audio recording making rounds on social media involves a gang of five who address themselves as “rebels” even likening themselves to “Joseph Kony”.

Sanyu FM staff hoped their action would set a precedent for the radio industry. The Radio whose revenue was falling, decided to keep all its staff during the tough Covid-19 times, however, like other companies, reduced salaries and wages by 25% to ensure the business stays afloat. However, some staff did not want their money deducted by a penny. They decided to recover their money, and to punish the owners of the radio.

Mugamba said, “The owners must be punished”.

Most interesting, Andrew Mukasa warned his fellow conspirators that if the plot went bad, they risked losing their jobs. “We won’t have any position by Thursday.” He even predicted Sudhir whom he refers to as chairman in the meeting would delegate their jobs.

And indeed, when staff failed to show up, Patrick Idringi aka Salvado took to their airwaves and later, Roger Mugisha was hired to run the station.

It has emerged that working underground, the owners of the station have been working around the clock to come to the bottom of the matter. The Sanyu FM saga forced the station to come up with creative ways to maintain its listenership including running a reality show hiring process for new presenters.

Free for All: Digital Tanqueray All Music Safari set for November 1

Free for All: Digital Tanqueray All Music Safari set for November 1