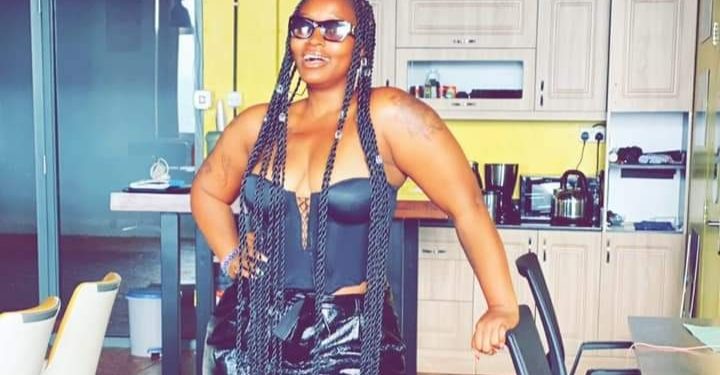 Concerned social media ‘police’ were left in ‘wonderland’ after Swangz Avenue renewed its contract with Singer Winfred Nakanwagi aka Winnie Nwagi before questioning her controversial behaviour.

A few days back, Nwagi took over social media after posting her semi-nude pictures all over, not forgetting her past unbecoming behavior when she brutally beat up her maid for using her water bottle, or when she dirty danced with school children among other negative criticism she has been attracting.

But despite the criticism, ‘business minded’ Swangz Avenue has always paid a deaf ear about most things and on Friday, the record label awarded the singer with a new contract.

This super talented controversial singer joined Swangz in 2014 and has recorded several hits like Musawo, Kibulamu, Magic, Mataala, Jangu among other songs which in return brought glory to the label.

The fans believe that Nwagi’s heroic gesture of showing off her dimpled bums made Swangz happy thus renewing her contract.

Here are other comments;

Champion Etiang Jr: But is she on heat or what!? Try to emphasize her on her moral and behaviour.

Derock Hudson: That bit of to more problems and more challenges, all the best.

Chelsea Robert’s Effect: So what she showed you made that company happy for another contract… you are driving us on speed.

Ashanti Mary: She has no option…. she had to…Swangz the best at bringing out talent. All the best in your new journey.

Herbert Yaweh: she is very talented, sorry that she’s driving Uganda at a high speed because what she posts on social media is normal in countries ahead of Uganda.