by Mubiru Ivan
in Entertainment, Showbiz
9 0 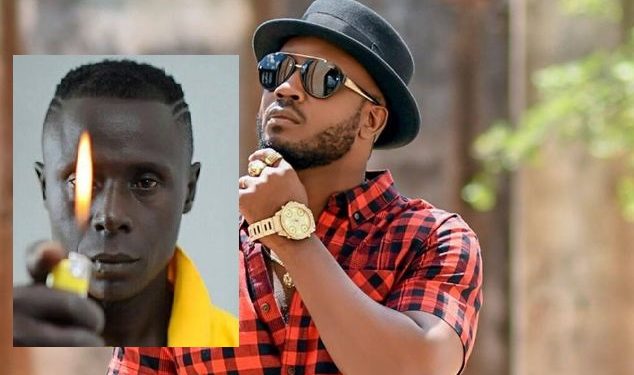 Veteran musician Moses Ssali popularly known as Bebe Cool has joined the wagon of other entertainers to pledge his support to faded rapper Rocky Giant who was tortured by fellow musician Mark Bugembe alias Buchaman.

A very disturbing video emerged on social media on Thursday where the legendary rapper helplessly endured torture at the hands of Presidential Advisor on ghetto Affairs Buchaman.

The video would later create a public uproar with many calling for justice for the singer.

Many entertainers had by the end of the day came out with offers that could help restore the troubled rapper to his old days of glory through free music recordings, videos, collabos, and free written music.

But to Bebe Cool, he will not be offering songs, videos or clothings to the singer like many of his colleagues have done; he says he is ready to foot a 3 months bill of rehab for Rocky Giant to help him stop drug abuse.

The ‘wakayima’ singer says wellwishers should first focus on helping the rapper get back on course and that can only be done if he he stops misusing drugs.

“I personally condemn butcherman’s act of embarrassing a fellow musician Rocky giant at his lowest point in life on baseless issues but i want to draw Ugandans from the pretence of feeling sorry for rocky giant. The truth is you are all addressing a minor outcome of misuse of drugs as for now,the bigger problems are yet to surface. The issue as i follow this case carefully is one is a customer of the other and the business is drugs/enjaga.
I have always spoken loud and clear against musicians misusing drugs,some times mentioning names with an intention to draw their fans,families and friends to join me focus on helping their person to stop drug abuse but all in vain,” Bebe Cool posted on social media on Thursday.

“Let’s all agree to deal with the root course of the problem rather than the outcome to save the lives of our artists and young people. As for Rocky giant,others will offer you songs,videos and clothing but for me i offer 3 months payment to a rehab if you enroll in one as soon as possible because once you handle the core problem of the drugs,the rest will fall in place. Wish you the best.”