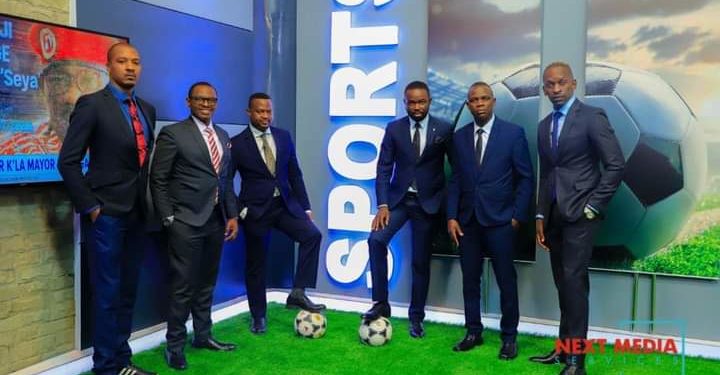 God's Plan at the extreme right

A few days ago, the Naguru based television launched their new state of the art sports studio and Sheilah’s bae happened to be on the unveiled sports team, which will be hosting the NBS The Score show.

According to Sheilah through her social media page on Sunday, God’s Plan first went to NBS TV as a guest and this is when the station’s heads spotted his capabilities.

“Welcome to THE HOME OF SPORTS God’s Plan, being hosted once has landed you as a panellist on the show twice a month!! Congrats,” she said.

God’s Plan will be making an appearance on this show twice a month alongside other senior sports analysts like Daniel Sebakijje, among others.

Recently, he thanked Sheilah for being a great TV inspiration and promised his fans that in due time, he will be making a big announcement.

“Anyone that meets me always tells me I changed their life. Please tag someone who inspired you. Sheilah Gashumba inspired me to be on TV. Me and Daniel Sebakijja have a big announcement coming up. Anyone take a guess,“God’s Plan said.

And the guess is now confirmed.