by Allen Kisakye
in Entertainment, Showbiz
31 0 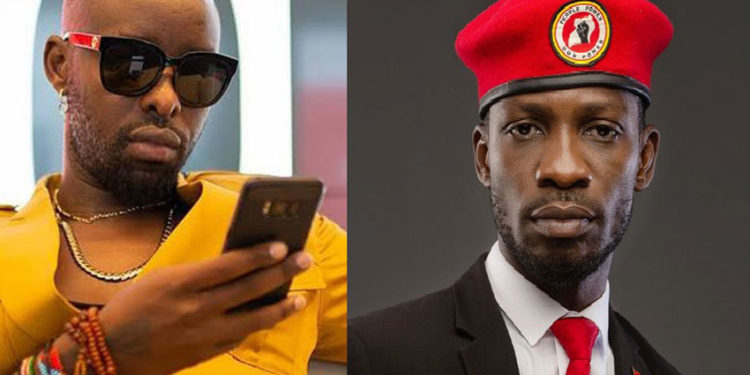 Kenzo who is currently having issues with his social media following after he attacked his friend Robert Kyagulanyi alias Bobi Wine, has told his fans and those of Kyadondo East legislator that anger builds nothing, but it can destroy everything.

“Anger doesn’t solve anything, it builds nothing, but it destroys everything, and for that, lets communicate well,” Eddy Kenzo shared on his social media page on Sunday.

Possibly from experience, Kenzo quoted this post from his latest release dubbed Yogera Bulungi which he released after becoming a victim of anger, something that put his long-term relationship with Bobi Wine on an edge.

It all started when Kenzo’s private conversation was recorded and later leaked on social media, and the Tweyagale hit maker was clearly heard branding the Presidential hopeful Bobi Wine as a greedy, selfish, hypocrisy person. He even threatened to leave Uganda if he became that president.

However, Kenzo bowed to pressure and admitted that most of what he said in that audio was out of anger but he holds no hard feelings towards Bobi Wine. Although this didn’t stop social media ‘police’ from trolling him with anger too.

This forced him to hit the studio to record a song that preaches against anger.

DAVID TAYEBWA: Are Industry Regulations part of our will to associate?