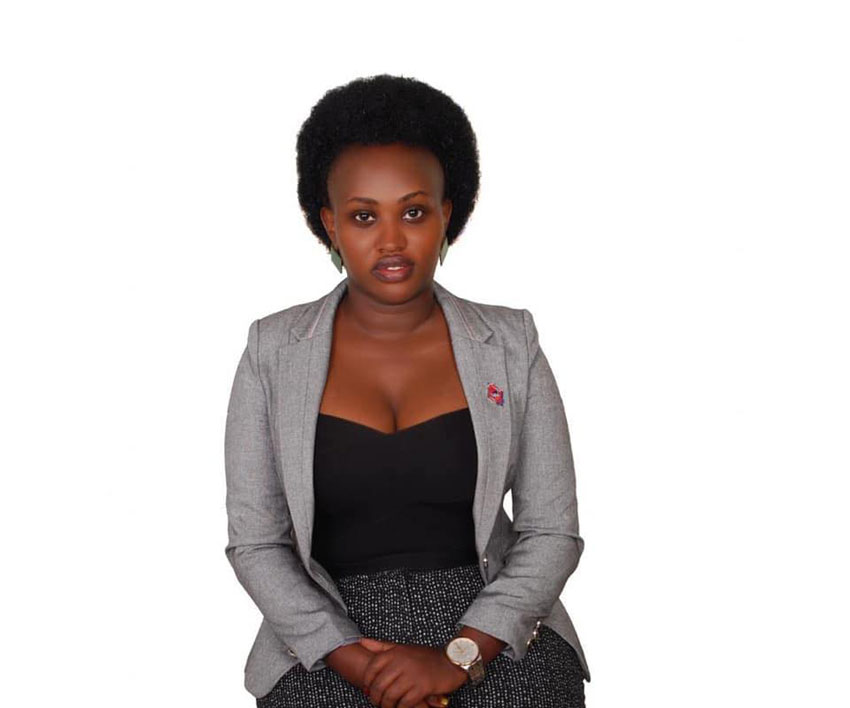 If all goes according to her plan, Gwennie Murungi Biraaro, daughter to former Presidential candidate late Maj Gen Benon Biraaro could be a surprise name in the eleventh Parliament after being successfully nominated to represent the Western youths on the National Resistance Movement ticked for next year’s elections.

Speaking to our reporter shortly after the nominations at the NRM Secretariat in Kampala last week, the youthful Murungi said her major focus will be redeeming the young people from abject poverty, with agricultural modernization as a conduit to achieve that.

Mulungi went into modern agriculture despite numerous disapprovals from friends and relatives.

She is a proud owner of the Gwennie’s point farm – a modern two acre farming facility in Kasenge village Wakiso district.

The farm has 5 green houses and over 8,000 sweet pepper plants, fish ponds and a banana plantation which State House among her clients where she supplies her output from the farm.

According to her, taking a similar path in ensuring economic sustainability for the young people wallowing in poverty is the real deal and she vows to fight endlessly to lobby funding for similar projects for the benefit of her fellow youths in Western Uganda and the entire country in general.

“With the resources we have here, it’s high time we stopped complaining about unemployment. Some of us should instead focus on becoming job creators and agriculture is one sure way we can achieve that, she confidently told watchdog in a one on one conversation last week.

On why she opted to seek her political ambitions on the NRM party ticket yet her late father seemed discontented with the regime at the time of his death, Gwennie clearly explained that her father was actually no hater for the ruling party but rather felt there were some changes needed.

She therefore strongly believes the elevation of firebrand power into places of leadership in NRM will be a sure way of effecting the changes that her late father wished to see in the ruling party.

“I can clearly tell you that my father was not an NRM hater. On the contrary, he loved the party with his whole heart and so is why he agitated for some changes. It explains why amidst all that, he never joined any opposition party until his eventual demise, ” She explained.

“I believe all that’s needed is the addition of youthful dedicated leadership to tap into the experienced mentorship of senior cadres so as to arrive at the changes my Dad had in mind. ” She continued.

She further explained that her family’s relationship with President Museveni has remained a very strong one even after the death of her father, adding that she has more than once spoken with him, two weeks ago being the most recent for the two to chat.

“We are too close in deed. On how close, I can’t say but all you should know is that we are close [ to the President] enough. The last time we talked is when I was informing him of my Parliamentary aspirations,” said Gwennie.