by Mubiru Ivan
in Entertainment, Showbiz
53 4 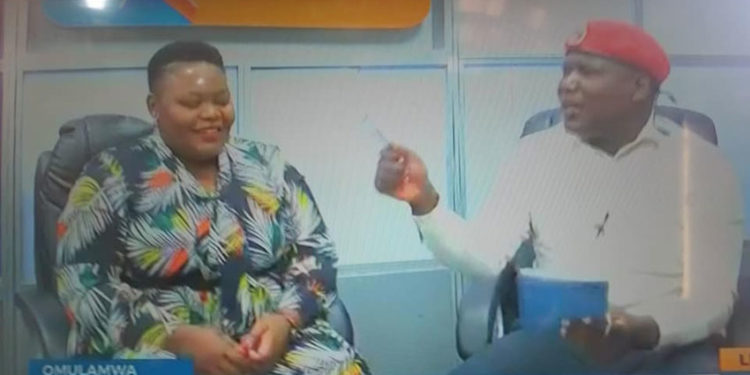 Singer also Presidential Advisor on Kampala matters Catherine Kusasira has for days been taunting events promoter Andrew Mukasa alias Bajjo claiming that he is an academic dwarf who should waste people’s time by standing for any political office.

In a Facebook post last week, Kusasira alleged Bajjo who wants to stand for Nakawa Division Mayor seat in forthcoming elections does not even possess a low class certificate to make him sit on the table of educated Ugandans.

“We are not tolerating every hypocrisy in our Liberated Uganda, my Nakawa People why could you allow such ignorant people even without a low class certificate to stand for you like your memory is wiped, wake up guys. If you can’t defend yourselves, am taking my complaint/disagreement to the law/court to report my disagreement against these fake people like Bajjo, Segirinya and so forth,” Kusasira said.

“We can’t tolerate such unqualified, Uncertain, Uneducated people to Blow up our Nation #uganda.”

To disapprove her allegations, Bajjo on Tuesday presented both his O and A level certificates to prove that indeed he has what it take to stand for any political office in Uganda.

“These are the credentials!! Stop asking me about them,” Bajjo said on his Facebook page after showing off his Senior Six certificate.

After proving his point that he is really a learnt fellow, we thought the battle between the two is over. But to Bajjo “It’s not over until it’s over”.

While appearing on Baba TV’s Kibuyaga Mukibuga show hosted by Noordeen Ntege on Wednesday, Bajjo found a perfect moment to revenge on Kusasira following her recent attack on the events promoter.

In the middle of the show, Bajjo challenged Kusasira to spell her job title “Presidential Advisor” to prove that she is better than him academically.

Guess what, confident Kusasira wrote “Presidencial advicor”. She then insisted that the producer projects the word on the screen to show the viewers that she knows English. 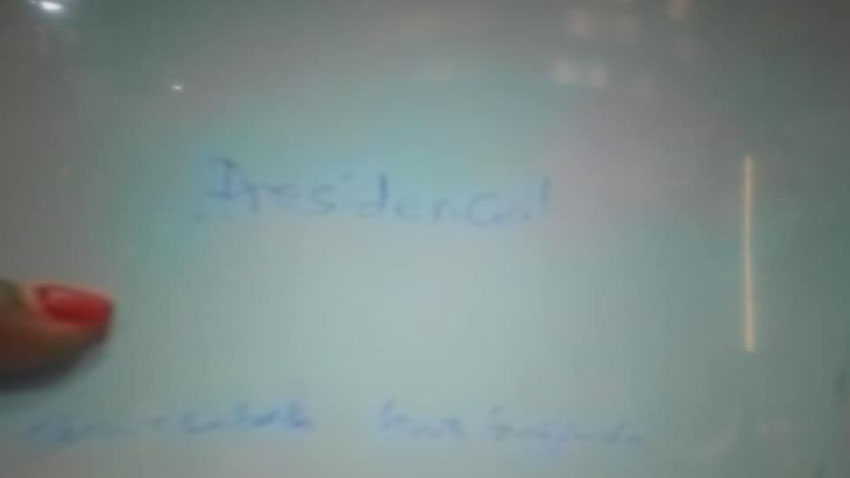 Bajjo was sent into fits of laughter after realising that his revenge mission had been successful.