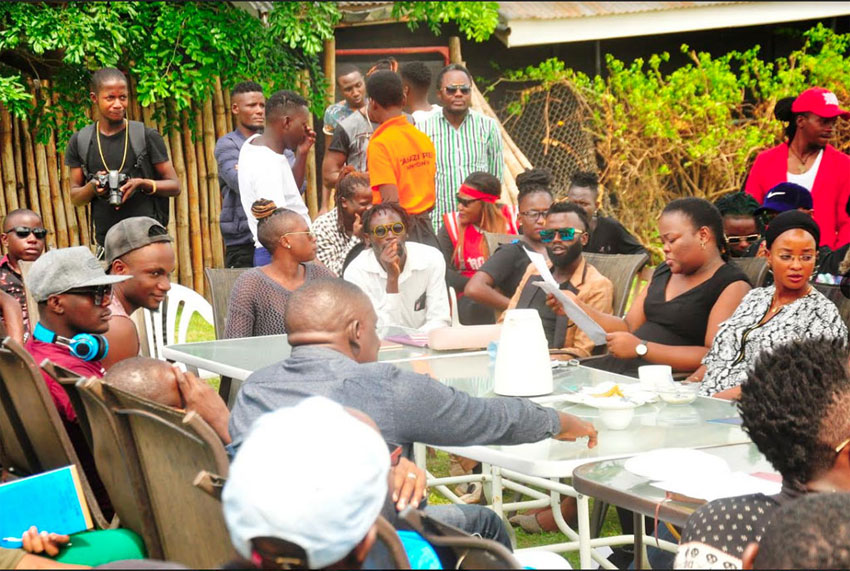 Why do you want to reap where you didn’t sow? People employed in the Art and Entertainment industry have united their voices against the ‘unfair’ regulations imposed on them by the government.

Recently, Government through Uganda Communication Commissions, Ministry of Information and Communication Technology and National Guidance saw the need of regulating the Art and Entertainment Industry, thereby creating the Stage Play and Public Entertainment Rules 2019, to enable them streamline, protect and promote the sanity in that industry.

However, despite the government’s good intentions towards the art industry, members employed in that industry who include Musicians, Artistes, Directors, Actors, Comedians, Poets, Script writers, Designers, among other groups of people believe that these rules are only aimed at killing art and creativity.

Basing on the nature of these new rules, some artistes say that working under regulations is not a problem, but the issue is government didn’t do a good study about the nature of the industry they want to regulate, to find out how they work, earn, invest, challenges, among other things before coming out with regulations which will only benefit them (government).

Several artistes- Cindy Sanyu, Hilderman, Hannington Bugingo, Patrick Salvado, John Segawa, Mariam Ndagire among others who have come out to speak about the matter, all point out the Copyright Law as their biggest problem, and pin government for failing to foster the law yet it’s the only way artistes can earn from their sweat.

‘United we stand, together we fall’, now artistes are not ready to go down without a fight as they have now created a new hashtag #FreeMyTalent to enable them fight back at the unfair regulations imposed on them by government.

The regulations were passed last year but only delayed by the Covid-19 pandemic, and now the government is looking forward to implement them very soon.

Here are the said rules.

1. An actor or a musician to carry out any show or to perform in any show must first seek permission from the committee which will be formed by both UCC and Ministry of ICT, the committee will decide the amount one will pay to be given that permission.

3. A play or song be it a film written in local languages before going to the committee to get permission one must first rewrite or translate them in English.

4. Video/film producers, photographers who take photos of artists before doing any business with artists, they must first seek permission from the committee.

5. A musician before recording any video of the approved song has to first seek permission from the committee and also must inform the committee of the venue he/she is going to record from and even must include in all materials to be used in the video.

6. It will be a crime for any artist to perform in any show or in the public without a license from the ministry of ICT.

TONY OWANA: I get worried when I hear right-thinking people preaching a message that advances genocide in Uganda