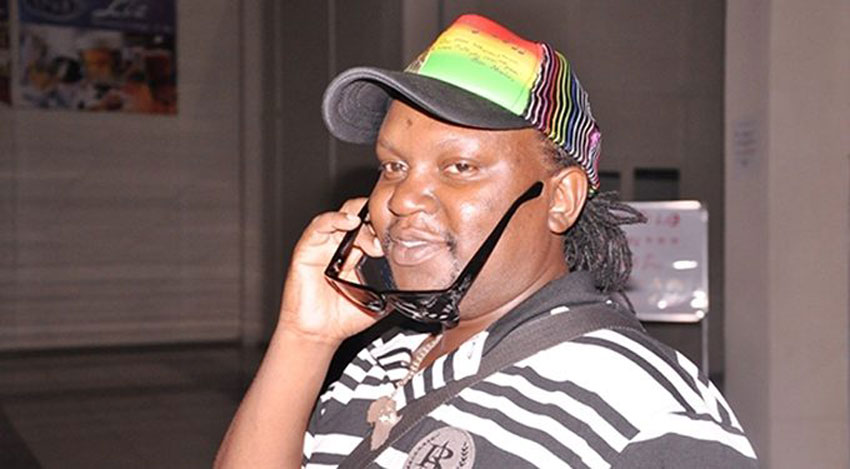 Veteran musician Daniel Kazibwe aka Ragga Dee has threatened to drag Buchaman to the courts of law after accusing him of theft.

A few days ago, Buchaman, real name Mark Bugembe appeared in the media claiming that Ragga Dee, together with Emma Carlos and General Elly Kayanja held a meeting in Kapeeka with President Museveni’s brother Gen. Salim Saleh who gave them money amounting to Shs1.8 billion.

Buchaman asserts that although this money was meant to be distributed among people in the creative industry like artists, musicians, promoters, producers among others, the trio only shared with a few friends and kept the large amounts amongst themselves.

However, when Ragga Dee learnt about Buchaman’s rants, he distanced himself from the alleged money and even threatened to sue the Presidential advisor for defamation.

During an interview with a local media channel on Friday, Ragga Dee said that he has no time for illiterates like Buchaman but the fact is that he didn’t embezzle any money.

“I have no time for illiterates like Buchaman, I have already instructed my lawyers to institute proceedings against him because that is defamation. I did not embezzle any money and everything is just a lie,” Ragga Dee said.

This isn’t the first time such money scandals erupt in the music industry, as several musicians who include Geoffrey Lutaaya, Bebe Cool, Catharine Kusasira, event promoter Balaam Barugahara have also been accused of embezzling artiste’s money.

Haruna Ssentongo to fellow landlords: Tenants don’t have the rent you are asking them to pay

Haruna Ssentongo to fellow landlords: Tenants don't have the rent you are asking them to pay