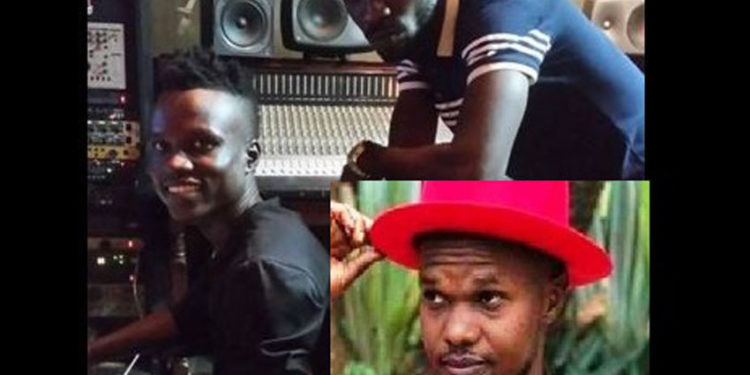 Sir Dan Magic, a music producer who has publicly expressed his support for People Power pressure group and its leader Robert Kyagulanyi Sentamu aka Bobi Wine has revealed that Facebook blogger Ashburg Katto had always dreamt of buying a Vitz car and everyone close to him knew he was spying on Bobi Wine for President Yoweri Museveni.

Ashburg has been in the news after he declared he had crossed from People Power to National Resistance Movement (NRM) after events promoter Balaam Barugahara helped him meet the President who gave him five cows and promised to fund his proposal to develop the ghettos of Kampala.

After he crossed to NRM, Ashburg Katto blasted Bobi Wine for being a stingy man who gave those who fight for him nothing except taking selfies with them. Also, Ashburg revealed that he and some people like Bobi Wine bodyguard Eddie Mutwe used to backbite the People Power principal in a Whatsapp group, something which Mutwe has denied. Ashburg threatened to expose more dirty secrets if Bobi’s People Power supporters continue criticizing and provoking him.

But Dan Magic, who has produced Bobi Wine’s music over the years, and has met and worked with Ashburg in marketing Bobi Wine’s events and political ambitions says the blogger was only interested in small things and had no bigger vision apart from wanting to drive a Vitz car.

“When I realized that his vision was to drive a Vitz, I knew that it was a matter of time before he left. God is so powerful, thank God he left,” wrote Sir Dan Magic.

Dan Magic has also been quoted elsewhere as saying, “We knew it before that he is a mole and was against Bobi Wine’s dream of becoming the leader of this country. Katto always wanted to drive a Vitz. That’s all he cared about.”