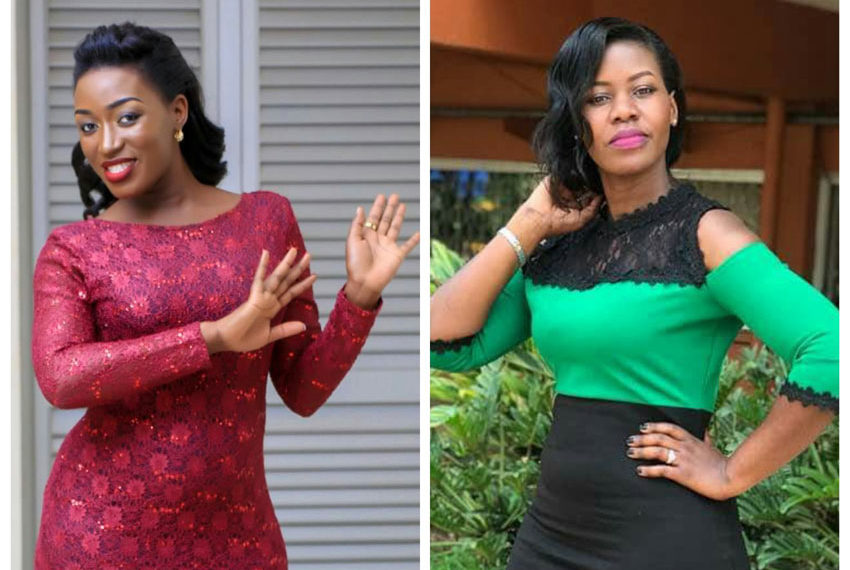 NTV Uganda news anchor and presenter Faridah Nakazibwe has revealed that she had restrained herself from talking about many things and taking various actions as a way of respecting the holy month of Ramadhan in which Muslims fast, pray and give alms.

Nakazibwe has been on the receiving end from former NTV Life stories presenter Justine Nameere who accused her of allowing her estranged husband Omar [Umar] Ssali to fool her by believing the contents of messages he sent himself but told the Mwasuze Mutya presenter they had come from women like Nameere and Flavia Tumusiime whom he said were seducing him to sleep with them.

“One day Umar forgot to lock his phone and boom; she sees all these screen shots coming from his phone to hers. She recognised that they were the same numbers that used to blackmail her for money,” Nameere wrote in a lengthy dossier.

In a Saturday media interview, Nameere emphasised that Nakazibwe’s allegations that she was after her man had depressed her and cost her lots of juicy gigs. She however denied attacking the NTV Akawungeezi news anchor.

“Yes, I used my social media platforms to respond to Faridah Nakazibwe’s accusations. However, I did that to defend myself. It was not an attack.”

But Nakazibwe wrote that she had ignored some things because she wanted to be safe in the holy month. She even prayed for divine guidance and grace in the times after the month of Ramadhan.

“It’s been a unique holy month of Ramadhan. We had to refrain from a lot for safety reasons. We pray for God’s mercy and favour as we move forward….In Sha Allah,” she tweeted on Saturday.

Some of her fans even interpreted her post to mean that she would publicly respond to Nameere’s allegations and give her side of the story that her former colleague has been vending for days probably after Eid al-Fitr.

What kind of women are men looking for? This is a question with multiple answers. Some guys look for se_x...

Museveni orders an end to torture of suspects, calls it old fashioned