by Mubiru Ivan
in Entertainment, Showbiz
21 1

In March 2018, the look of the Gold Play Button was updated from a metal button housed within a window box with the channel’s name printed on the front glass pane to a cleaner-looking flat designed metal plaque award featuring the channel’s name embossed on it.

The 2015 BET award winner who couldn’t contain his excitement made the revelation on his social media pages on Saturday.

“Team eddy kenzo our Gold is here.🤸‍♀️🤸‍♂️ Thank you everyone. Golden boy,” the ‘semyekozo’ posted.

In Uganda, Eddy Kenzo has the most subscribers on Youtube with 1.12 million people followed by comedienne Anne Kansiime who has 978k subscribers. 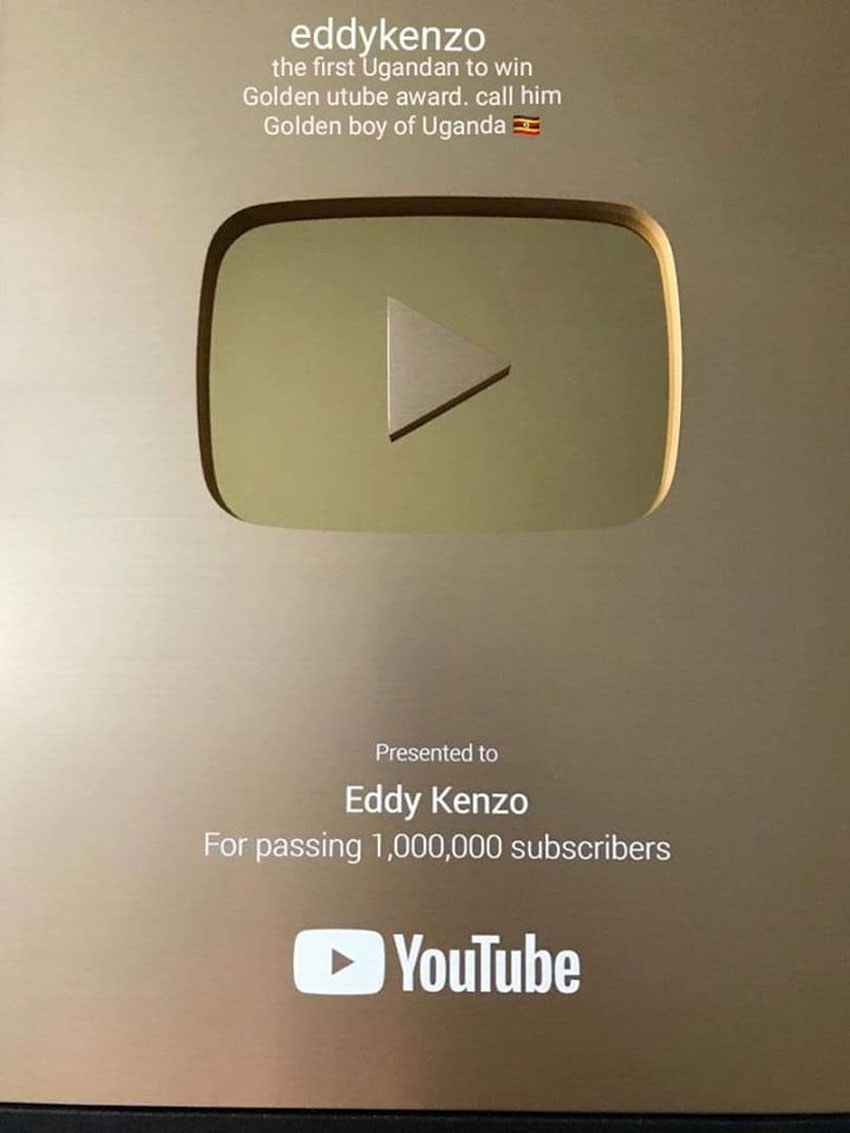 YouTube’s Creator Awards, commonly known as YouTube Play Buttons, are a series of gifts from YouTube that aim to recognize its most popular channels. They are based on a channel’s subscriber count but are offered at the sole discretion of YouTube. Each channel is reviewed before an award is issued, to ensure that the channel follows the YouTube community guidelines.YouTube reserves the right to refuse to hand out a Creator Award, which it has done to select channels with horror or political content as well as various critics.