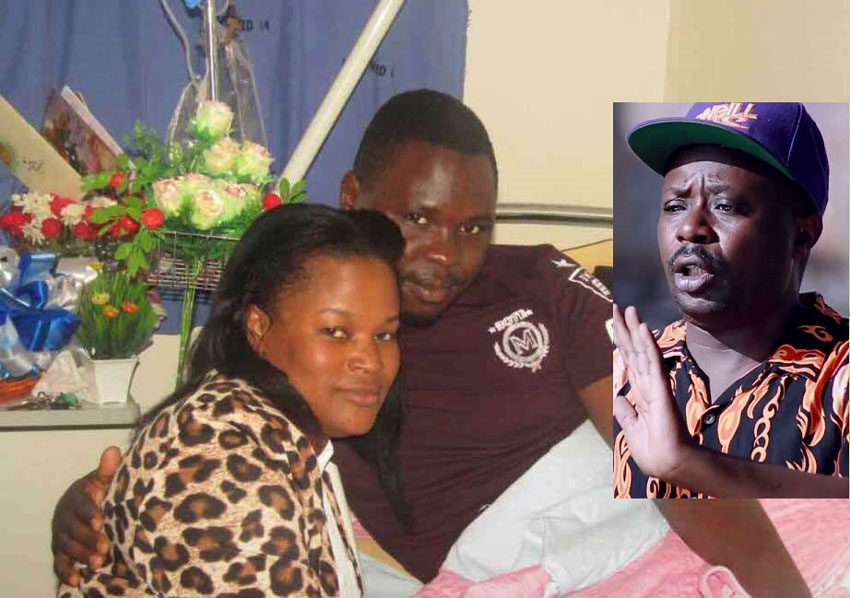 A new song being interpreted to mean that Mityana Municipality MP Francis Zaake Butebi’s recent torture claims have something to do with his much rumoured relationship with former ICT minister Aidah Erios Nantaba is making people commenting on whispers already.

Arrested in April for distributing relief food items in his constituency, Zaake has been in the news after he claimed that he had been tortured in Mityana, at the Special Investigations Unit (SIU) in Kireka and at the Chieftaincy of Military Intelligence (CMI) in Mbuya, Kampala.

“The public should know that the Hon Francis Zaake, has a history of violent conduct witnessed on a couple of occasions in Parliament and during the Arua fracas. He has much disrespect for security personnel, last year he was arrested after he out rightly breached the conditions of his police bond. “And he has previously feigned sickness as a tool to politicize and snub the legal procedures in place, for political sympathy and to mobilize their donors,” said Enanga.

But now Kadongo-kamu singer Gerald Kiweewa has teamed up with Dina Rukoti in a song titled ‘Nantaba ojja Kussa Zaake’ meaning Nantaba will cause Zaake’s death. In the song, Kiweewa describes Zaake as “our son” in whom “we have a lot of hope in the future, but is being beaten over Nantaba as his tormentors sing ‘let the canes rain’ (in reference to Chris Evans’ Zaake song).” In the same song, Kiweewa also claims that those torturing Zaake have a lot of money and influence.

Rukoti, who plays the Nantaba part in the song says she has rejected powerful men, including top government officials, for Zaake.

Kiweewa’s song makes the Zaake saga even more interesting because Nantaba, who is also Kayunga District Woman MP, has been rumoured to be in love with the youthful Zaake, especially after photos of her visiting him at Rubaga Hospital following his ordeal in Arua in 2018. Zaake even sent Nantaba a moving ‘thank you’ letter for her caring heart.

However, months ago, Nantaba denied being in love with Zaake whom he called a young man who would not manage a woman like her.

“I see Zaake as a member of parliament, that’s it! He is still a young guy of 28 years. I am soon clocking 40, so I see him as a boy who is politicking,” said Nantaba.

Although Kiweewa and Rukoti may have wanted to ride on Zaake’s fame to have their song become popular, its political undertones have been cited by many as referring to allegations that those torturing Zaake may want him to separate with Nantaba, among other reasons.

Juliana Kanyomozi reveals why no one saw her baby bump