by Stephen Kalema
in Entertainment, Showbiz
28 1 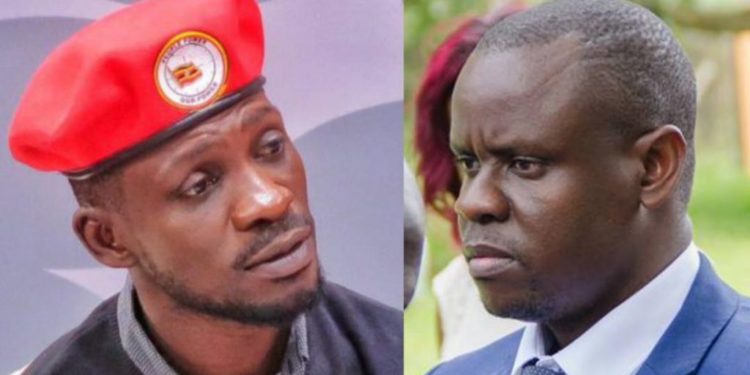 The die-hard supporters of musician turned politician Robert Kyagulanyi Sentamu aka Bobi Wine have bashed event promoter Balaam Barugahara over his allegations that Bobi Wine’s Ensasage Mu Nyumba online concert held over the weekend was not live but pre-recorded.

On Sunday the People Power leader Bobi Wine held an online concert at his home in Magere which got over 30,000 live views on Facebook.

However, according to Balaam while analysing this concert on one of the local television, Bobi Wine played a pre-recorded concert.

However, Balaam’s comment hit Bobi Wine’s fans a hard way before attacking Radio 4 owner. They said Balaam is hating on Bobi Wine because he is opposing President Yoweri Museveni.

Here are some of the fans’ comments:

Richard Say said “Balaam you might be correct and right according to your statement on spark TV. You said you were told, you never watched. Now, you saw recorded or leftover. what’s squeezing you? Red pepper which hasn’t eaten,why is it burning you? Envy and devil mind, why don’t leave it and be like Wanyama Don presidential press who watched. What do you lose when you accept that it was live. What I know, some NRM might be or have developed oedema on the brain.”

“We are always telling you of such Balaam type who reached were they did not think of. He has got money through cheat, corruption, badmouthing others, traitorous acts, backbiting and many others. He thinks whoever does it behaves like him. No Balaam you’re supposed to be in the bush looking after animals. You long sold your head nothing sensible seen from it,” said Kasolo John Basco Kasule.

Cpt Onyango George said, “He is right coz he had no time to watch the live show. By the time he came in to watch he found recorded history of the event. Learn how to understand people. This should not kill the whole day.”

“Balaam is just in denial! He was shocked by the quality of the show and the audience it pulled. He knew Bobi has been successfully surmounted and this came as a shocker. Bobi’s show was extraordinary,” said Ezra Ntsyori.

Said Mark Kyambadde, “We should not be diverted by cheap noise of certain heads in this country, who is Balaam in Uganda these men because they can reach out to the president they have turned out to be relevant yet in actual sense, they are popular because of the regime, whether recorded or live it should be less of his business,”

“That is why your witch doctor told you never to change your T-shirt,” Caesar Engorit.