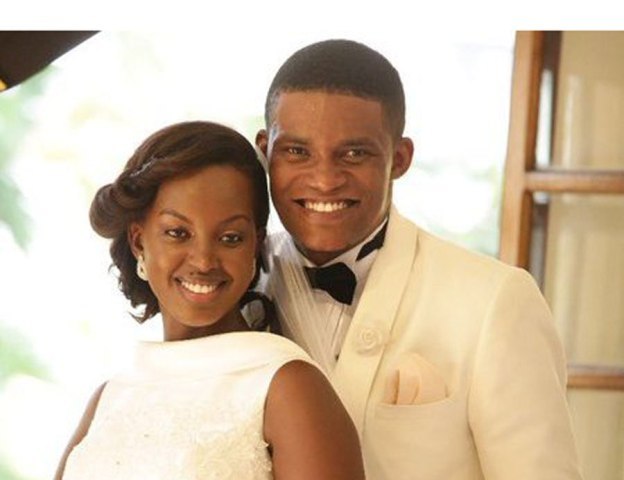 For weeks now, social media has been awash with rumors about the breakup of NTV Uganda’s employees Flavia Tumusiime (news anchor) and Andrew Kabuura (sports analyst).

Kabuura and Tumusiime got married in 2019 at All Saints Cathedral Nakasero and the couple is currently expecting a child.

But rumor had it the Kabuura has been committing adultery, something that forced their marriage to end.

But surprisingly on Tuesday, as Flavia celebrated her 32rd birthday, Kabuura penned down a love message for his wife, confirming that they are still together.

Through his social media platform, Kabuura said that ‘Happy birthday love. To more blessings and life with you’, he said.

And going through Tumusiime’s social media platform, the news anchor claimed that she feels so great for the life she’s living with her husband.

“Thank you @kampalaserenahotel for the lovely birthday cake. Turning 32 and I feel blessed for the life God has given me with Andrew Kabuura, and I already have the best gift loading,” she shared.

She also shared a video of herself opening a box containing cake with her wedding band, captioning it ‘Life’.

The Tumusiime-Kabuura breakup rumors sparked off on social media when this couple deleted each other’s photos off their social media platforms.

And to make matter worse, Tumusiime appeared on NTV Tonight without her marital ring around her finger, something that forced people to jump into conclusions.

But by the looks of it, the couple is still together.