We Exist: Rugby ref and comedian Afande Kerekere comes out of closet to confirm he is gay 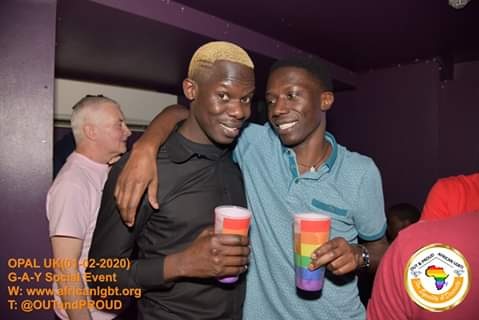 Standup comedian George Mulindwa aka Afande Kerekere has revealed that he gay.

The former Vision Group employee shared a picture on social media, wearing a t-shirt with the writings ‘We exist’, and also portraying the LGBTI rainbow symbol confirming that he is gay.

These pictures came as a surprise to his fans since Kerekere, also a certified rugby ref has always been a ‘family’ man. Quite often, he has always splashed pictures having fun with his wife Shadia and their two children.. Little did social media know that this family man was gay.

However, other sources claim that Karekere is not gay as he portrayed in the pictures, but he is rather using this sexual orientation to seek for asylum in the United Kingdom (UK).

It’s said that when Karekere got kicked out of Vision Group, he hooked up with some ‘Muzungu’ sugar mummy who agreed to get married to him so that he gets UK citizenship easily.

However, on reaching to London, things didn’t go well as planned and Karekere was kicked out of the sugar mummy’s house. Being that he is on over stay and had not papers, the comedian was advised by fellows to seek for asylum, fronting that being gay will help him get citizenship papers easily.

We can’t confirm if the comedian is gay or he is just using it as an excuse to get asylum. But recently, the Uganda Anti-homosexual Act, 2014 was passed by the Parliament of Uganda on 20 December 2013 with life in prison substituted for the death penalty, the bill was signed into law by President Museveni on 24 February 2014.

White meats are less detrimental to our health, doctors argue