by Allen Kisakye
in Entertainment, Showbiz
104 7 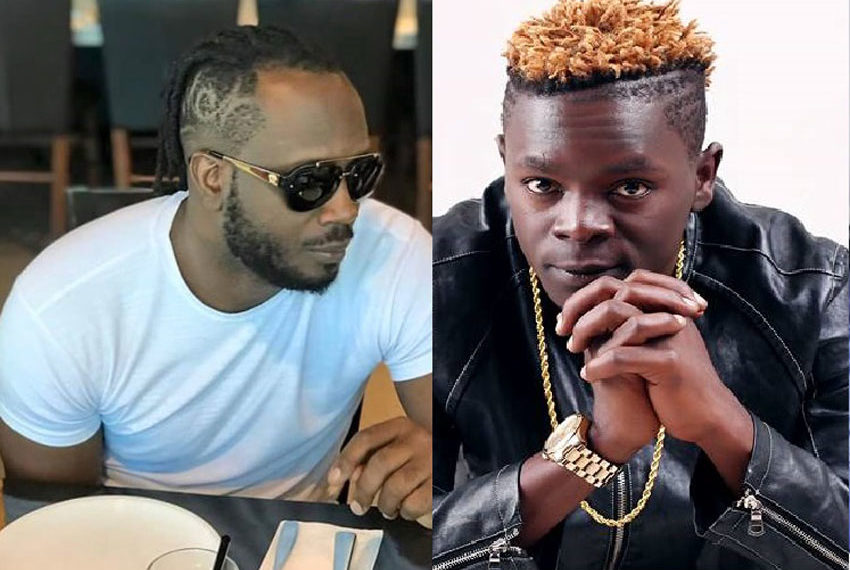 Singer Mansur Ssemanda aka King Saha is not ready to let the warning he received from Bebe Cool slide, as he continues to throw more jabs at him.

This Bebe Cool-Saha clash started after ‘Big size’ released his annual controversial list of best performing artistes, but unlike other artistes who were given words of encouragement and opinions, Bebe Cool just sent a warning to Saha, something that rubbed him a wrong way.

And to make matters worse, during an interview with Nbs after5 on Thursday, Bebe Cool further defended this warning, claiming that it didn’t come as a mistake for King Saha, a good musician who is killing his career with drugs.

Not ready to accept defeat, Saha started off by nicknaming Bebe Cool as Babykul before alleging that he (Bebe Cool) isn’t a saint too since he is a good Muslim who eats pork.

Though Saha is still making a big scandal out of Bebe Cool’s statement, Bebe recently said that he isn’t a hater but just afraid that Saha’s music career might end up in a car wash campaign.

“King Saha, I am telling you as a friend that if you don’t stop taking drugs you are going to became a music failure. I can’t even imagine, with such a good talent, big fan base and voice, how can you tell me that we concluded 2019 without a hit song from Saha? I am so worried that we might end up holding a car wash for you if you don’t change,” Bebe Cool said recently.

Saha wasn’t the only artiste who received a warning as other artistes like Feffe Bussi, A Pass among others were also cautioned on that list.