Comedian Salvador insists Sheikh Muzata is an ass, but which one?

Sheikh Muzata, the Head of Da’wa Kibuli Muslim Faction recently came under fire for a dubious statement he made as Rema Namakula introduced her new lover Hamza Sebunya to her parents in Nabbingo.

During his speech, Muzata congratulated Namakula upon her first step to marriage, claiming that it was a right move to dump fellow singer Eddie Kenzo because he wasn’t a marriage material.

“These love niggers can only show off but don’t marry. All they say is ‘we are still making a review’, ‘you know a woman has to be like my mother’, are you stupid? Okay go and marry your mother,” Muzata stated.

He later on apologized.

However, according to Salvador, the statement was uncalled for and advised Kenzo to keep cool for these troubles will come to pass.

“What an Ass this Muzata man is, this is totally unacceptable. Take heart my brother Kenzo, you are favored by God. This too shall pass,” he noted.

What we are not sure of it which ‘Ass’ he meant.

By definition ‘ass’ can be, one – a donkey, two – a stupid person and three -the part of the body that you sit on.

Kenzo has earlier reacted on Muzata’s speech too, claiming that it was wrong for the Sheikh to insult him in front of his daughter Amaal Musuuza.

“Maybe I am like this because my mother passed on over 20 years back. Sheikh you have abused me in front of my daughter as she is looking at you. I don’t think that was a good day today and she will never forget about you. Thank you Mr Muzata but Allah will judge us on that day,” Reads Kenzo’s post in parts.

We know that Muzata is not the kind that keeps quiet on a mention of his name, and hopefully he is yet to respond to Salvador’s comment. 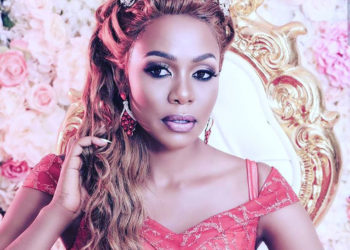 Salon Magazine: How to use only Shs500 on your hair conditioning