GOLDEN Globe nominee Daniel Kaluuya’s estranged father has revealed he’s desperate to be reunited with his famous son.The actor is nominated in the Best Performance by an Actor in a Motion Picture – Musical or Comedy at tonight’s glittering Hollywood ceremony for his role in last year’s acclaimed movie, Get Out.

Daniel is up against Steve Carell, Ansel Elgort, James Franco and Hugh Jackman, but while he’s surrounded by some big names, one of the key people that should be in his life won’t be there to celebrate the night with him.

His estranged father, Stephen Kaluuya, 59, hasn’t seen his son since he was a tiny baby, having disappeared from his life.

But a family source told The Sunday People: “Stephen just wants the truth to come out and says he could be the last piece of the jigsaw puzzle left in Daniel’s life.

“Stephen saw Daniel as a newborn baby, but since then he has never met Daniel and doesn’t know how to get in touch with him.

“He keeps asking his friends for advice on how to contact Daniel.

“He has cousins in the US, where Daniel is becoming a big star, and they are putting pressure on him, too.”

Daniel grew up in London after his parents – Stephen and mum Damalie Namusoke – moved to England from Uganda.

However the couple’s relationship began to fall apart while Damalie was pregnant with Daniel, and split after his birth.

While Daniel’s real name is Joseph, he has chosen to use Daniel as his stage name, and keeping Joseph as his middle name, but this has reportedly confused his estranged father.

The family insider said: “Stephen couldn’t understand why his son was called Daniel when that was not the name he had chosen for him. 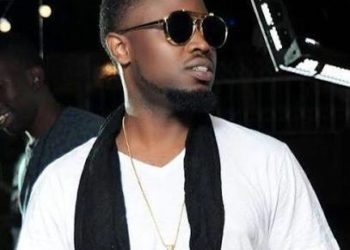