Kenzo was still living with his ex, Rema at that time and the public didn’t take the rumors slightly, which later forced Pia to change management.

by Rheetur N
in Lifestyle
2 1 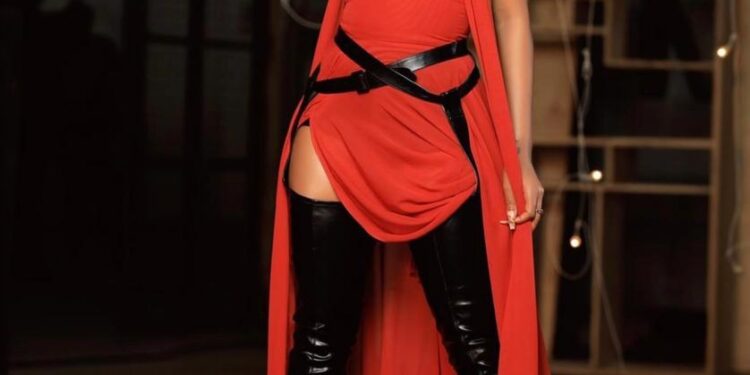 Cash doors seem to have finally opened for Pia Pound musically. For a while her music has not been a success in Uganda and internationally may be because of the management issues she had during her time at Big talent where rumors about her love affair with the CEO and re-known musician Eddy Kenzo were widespread.

Kenzo was still living with his ex, Rema at that time and the public didn’t take the rumors slightly, which later forced Pia to change management.

The mostly Instagram model has always been criticized for her semi-nude dressing which she said is the trend now during an interview with NBS presenter Kays.

The Tupaate singer said that as a female artist dressing for attention is what she does most since it’s what creates awareness about her brand to the audience.

Eddy Kenzo has recently featured on the new Tupaate remix which fans say wasn’t so necessary since the song was already one of the top played songs in Uganda while others say it was necessary for Pia’s music career.

Pia says Kenzo’s featuring on the song benefits both of them in a way she didn’t disclose and also cleared the air about her alleged romantic relationship with him.

Tupaate is now among the top songs right now and has helped validate Pia in the music industry hence giving her a life line beyond Instagram as it was initially.

Death or divorce – a tough choice for many