by Catherine Apolot
in Entertainment, Lifestyle
2 0 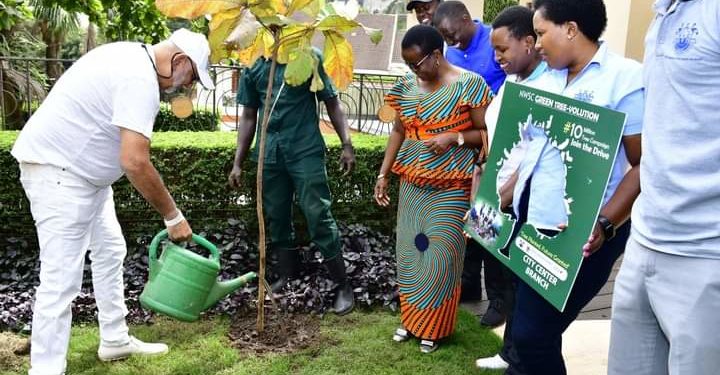 Dr Sudhir plants a tree at his home in Kololo

The campaign that was launched during the World Environment Day commemoration on Saturday is aimed at planting 10 million trees across Uganda.

The first tree was planted at Dr Sudhir’s residence in Kololo, Kampala.

“Our customer Sudhir Ruparelia planting a tree with the NWSC Deputy MD Sylvia Alinaitwe and City Center branch manager Gloria Bashemera at his residence.This is is part of ongoing initiatives to commemorate #WorldEnvironmentDay #ATree4EveryCustomer,” NWSC posted on their official Facebook page yesterday. 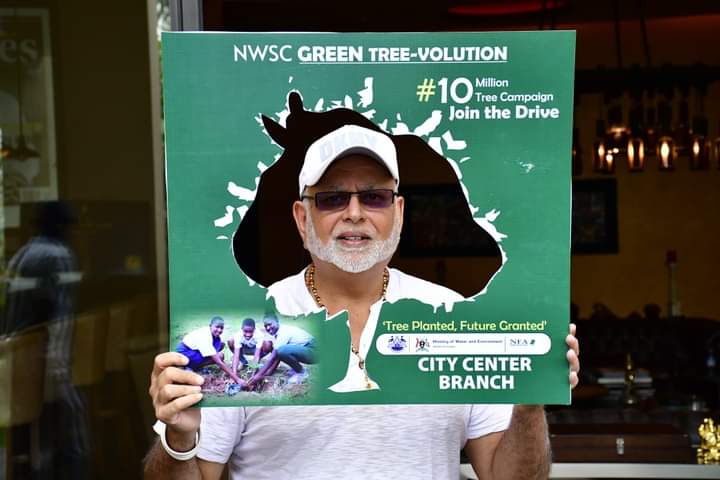 At least 20,000 trees were planted by NWSC teams on the first day of the campaign.