by Allen Kisakye
in Entertainment, Showbiz
2 0 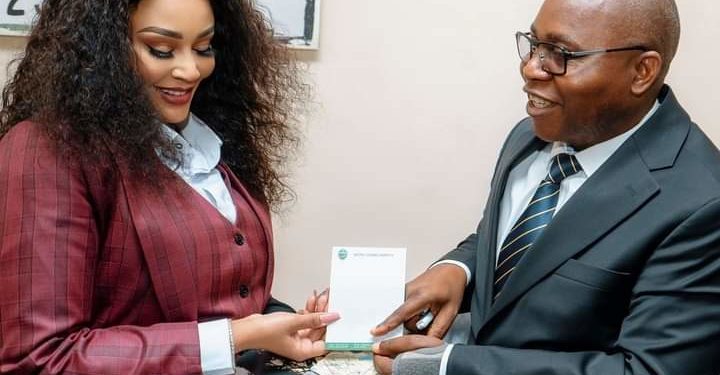 South Africa based Ugandan socialite Zari Hassan has been appointed as the Tourism Ambassador for Tanzania.

The mother of five became much popular in Tanzania following her highly publicised relationship with bongo flava singer Diamond Platnumz with whom she has two children.

After putting pen to paper on the new ambassadorial deal, Zari shared photos on her social media platforms and thanked God for showering her with blessings all the time.

“Thank you for the opportunity Hon Minister Dr. Damas Ndumbala and the whole team. I was appointed as the Tourism Ambassador for Tanzania. Thank God for all his blessings,” she said.

A few years back, Zari was appointed as the tourism ambassador for Uganda and she championed the first edition of ‘Tulambule Pearl of Africa’. This campaign was aimed at promoting local tourism through digital means.

And according to the then State Minister of Tourism, Wildlife and Antiquities Godfrey Kiwanda, Zari was the perfect candidate for the ambassador role because she had a big following on social media.

“The world is going digital; we want to digitalise tourism too. With over 4.5million followers on Instagram, we hope that we can use Zari’s following to promote tourism, and we are very happy that when we approached her about the matter, she accepted,” Kiwanda said.

Currently Zari has more than 9.1 million followers on Instagram and this could be another reason why Tanzania’s tourism sector decided to work with her.