by watchdog
in Entertainment, Lifestyle
0 0
0

Dr. Ronald Katureebe carrying out a procedure on a patient recently

The word bleaching picked from soaking clothes in strong detergent to regain their colour or cleanliness has been often borrowed and used to refer to skin lightening something dermatologists say is wrong.

It’s an exaggeration which is wrong to refer to skin lightening as bleaching as this not only ostracises those doing it but also encourages doing it in unsafe conditions ‘underground’ where it is done by unqualified people.

Dr. Ronald Katureebe an Expert Dermatologist says there are a number of skin conditions that require skin lightening as part of the treatment. As a result it shouldn’t be looked at in an entirely negative aspect. “Treatment of pigmentation disorders which result in some parts of the skin being darker than others like Post Inflammatory Hyper Pigmentation (PIH) require lightening. PIH often occurs during the healing of skin diseases, bites, acne or scaring and is often times a source of concern to victims” he says. 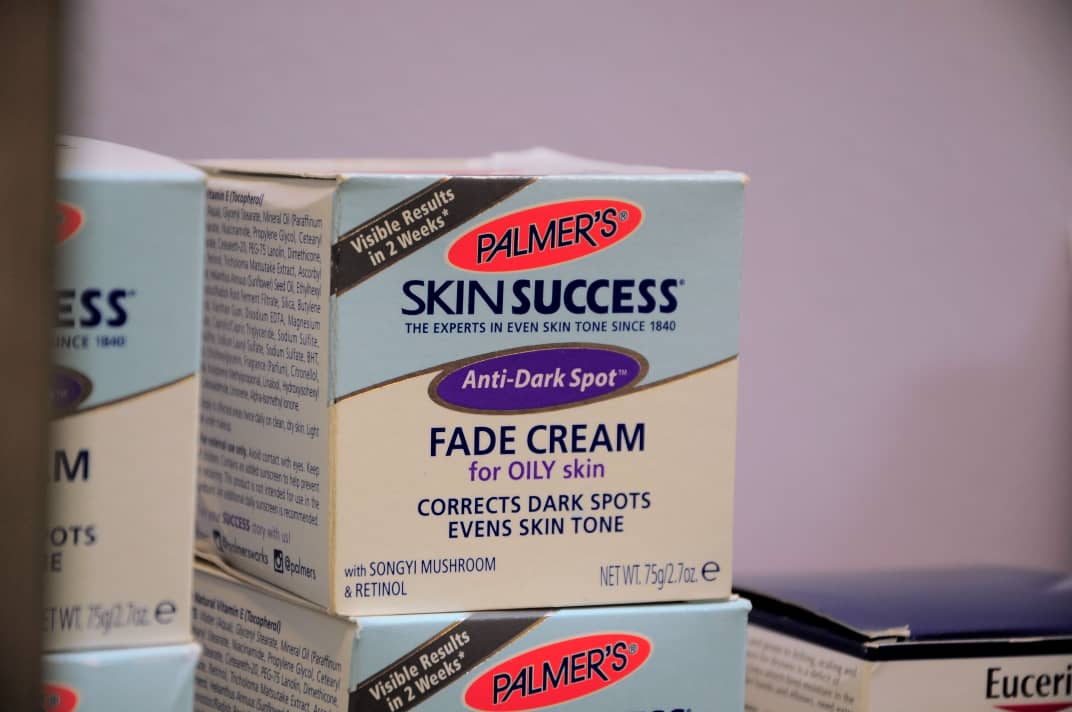 Melasma is another condition that often affects pigmentation in women causing dark patches in the face especially after child birth and due to exposure to the sun. These are usually mistaken for Namakula which results from lightening or ‘bleaching’ gone wrong.

Photo sensitivity a condition of allergy to Ultra Violet radiation resulting from exposure to the sun making exposed area darker than those that remain covered is another example.

To reverse those conditions Dr. Katureebe says they use treatments that lighten the skin by disrupting the formation of the skin pigment (melanin) only this time it’s done as a medical prescription.

What can go wrong?

When it comes to people who want to lighten their skins voluntarily, going to unprofessional places and people is the first big mistake.

“Usually these are the people who give those intending to lighten their skins mixed creams with concentration of chemicals that can be dangerous to the user simply because they want fast results” Dr. Katureebe says.

Some of the dangerous chemicals often contained in the mixed creams include Hydroquinone. When present in small concentrations, it’s not actually dangerous but in these mixed creams done unprofessionally it’s usually above the recommended 4% maximum so it can create results faster which is dangerous. It’s a carcinogenic chemical and when used in higher concentrations over a long time it can lead to cancer.

Mercury is another chemical used in some lightening creams that is dangerous to one’s health. From causing kidney damage and neurological disorders, it can cause abnormalities to unborn babies as it ends up in the blood stream of the user and gets to the foetus in case of use during pregnancy.

Topical steroids also commonly used in treating skin disorders can cause extensive damage when misused. “Reason being they thin the skin in the long term making wound healing difficult. They also get absorbed inside the body leading to Cushings disease, abnormal weight and diabetes when used for long” Skin specialist Dr. Katureebe says.

Other side effects of lightening (bleaching) gone wrong include extra sensitivity to the sun, internal diseases like cancer and a very common one called Namakula (Exogenous Ochronosis).

Exogenous Ochronosis or Namakula is the paradoxical darkening of the skin especially around the cheek bones and is a very hard condition to correct. It is very common among ladies who have tried to have their skins lightened unprofessionally. “Prolonged use of creams containing high concentration of hydroquinone causes it and it’s hard to treat because it leads to pigment separation in the lower layer of the skin called the dermis.”

However Dr. Katureebe points out that it can be treated moderately successfully using laser treatment available at Kampala Dermatology clinic Bugolobi and chemical peels which are quite costly. The faster it is noticed and treated though, the better as it gets harder to treat over time.

As the ladies search for more beauty and the men continue going after the lighter sisters, new skin lightening or bleaching agents in form of tablets and injectables have hit the market.

These mainly contain glutathione which is a naturally occurring compound in the body and acts as an anti oxidant reducing inflammation in the body. Initially it was used as a medical supplement until people noticed it can work as a lightener too. Dr. Katureebe notes that there is no conclusive research on the side effects especially long term on the use of glutathione. However he discourages it’s long term use even though from the little research done so far on this lightener, there are no major adverse effects discovered.

The challenge to those using it remains the fact that while it works, the moment you stop using it, it’s effects are reversed and you go back to your previous tone. The other one is if it is intravenous or intramuscular and administered by a non medical professional, the procedure can go wrong and have other adverse effects. It’s for this reason Dr. Katureebe advises strongly that you see a skin specialist to advise and guide you on safe and healthy skin lightening.

Managing negative side effects of lightening

Besides seeing a Dermatologist to advise you on what to use and do, you can use personal protective measures. These include regular use of sunscreen, avoiding direct exposure to the sun and putting on a sun hut.

You can visit a professional Dermatologist to have the damage checked and you may require a full check up including blood sugar, cancer, kidney tests among others.

According to Dr. Katurebe natural plant based alternatives a number of which they can readily avail can be used to lighten one’s skin safely in the long-term with no risk of adverse side effects.

There are also a number of safe cosmetic procedures that can be done to improve one’s tone. Medical facials, laser treatment and medical peels are some of the alternatives with minimal side effects he concludes.

ALDRINE NSUBUGA: FUFA has not paid players, a list is not proof of payment

ALDRINE NSUBUGA: FUFA has not paid players, a list is not proof of payment