by Allen Kisakye
in Entertainment, Lifestyle
7 1 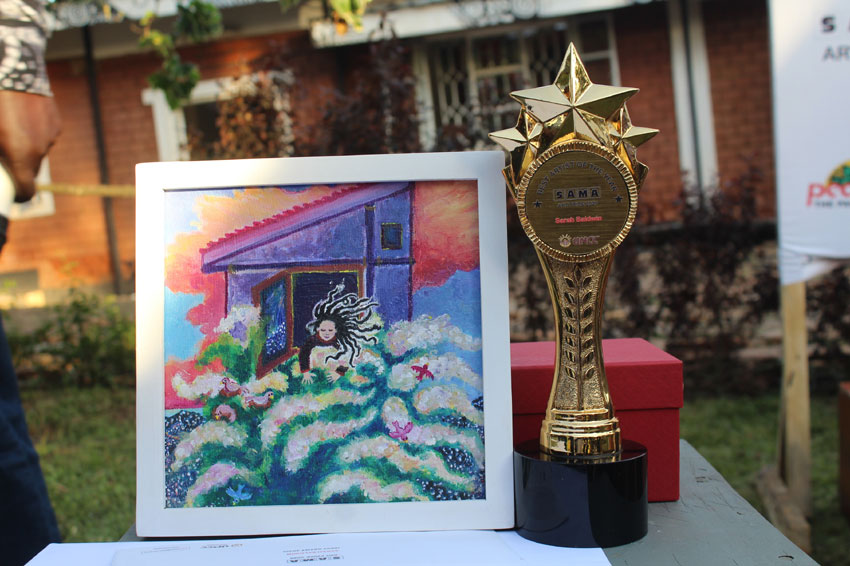 The Uganda National Cultural Center (UNCC), popularly known as National Theatre has widen its scope in a bid to fulfill its mandate of persevering, promoting and popularizing Uganda’s culture.

In partnership with Expression Africa and Peacock paint, UNCC has now engaged in popularizing Art in children through an award gala dubbed Schools Art Magazine Awards (SAMA) that will be held annually to support children in art.

Themed Wild And Its beauty, the 2020 SAMAs are aimed at interesting children into loving and protecting their environment through art. And this year’s award gala happened over the weekend at Nommo Galley, Nakasero.

The winners went back home with a Trophy, certificate, a gift pack, and cash prize. Standout participants from each school also went home with medals whereas all participating students were awarded with a certificates.

According to Robert Musiitwa, The Public Relations Officer of UNCC, SAMAs gear and interest children into loving nature and protecting the beauty of the environment.

“When you work with children, it’s another way of bringing culture close to them, thus preserve it. UNCC is currently putting much emphasis on preserving Uganda’s culture, because you can’t promote and popularize what doesn’t exists, and who can do that more than children?” Musiitwa inquired.

Balimusi Philip, the curator of SAMAs said that when giving out the awards, they never looked at the children’s technique of delivery, but they majorly considered the idea behind a particular painting, for example, the winner interpreted the topic in a different way that most participant couldn’t.

“Being that the theme was wild and its beauty, most of the 150 participants concentrated on drawing wild animals which was a good thing, but our 2020 winner saw something different from the others, she painted a picture of a baby running through a wildly abandoned house into a bush, chasing some wild animals, this imagination really stood up,” he said.

Is MP Nsereko the genius behind Gen. Tumukunde's political ascent?

Is MP Nsereko the genius behind Gen. Tumukunde's political ascent?