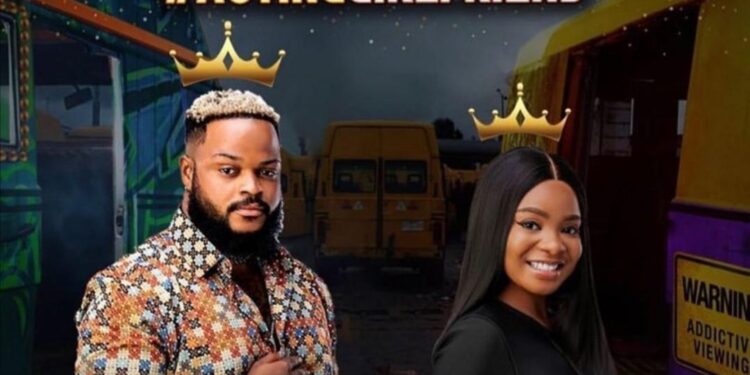 Whitemoney ( HOH) allocates Liquorose and Nini the washroom area for cleaning, as Nini was starting to cleaning Cross wanted to shower so he told her to wait for everyone to shower and then clean which will make more sense.

Nini insisted that she was cleaning first before anyone showering and that that’s how it’s been done by others so she rather continues with flow, which Cross found unreasonable since it will look unclean ( no work done) after housemates shower .

Nini asked for 10 seconds to complete which Cross refused to give mad he kept trying to reason her out . When she raised her voice he asked her if she was stupid and this is when it all started because they almost got physical and we’re just separated.

She assured him that he was the dumbest housemates this season which all housemates knew but they adhere with him and had a “P” brain . She also told him that his body was big for nothing since his head is empty like a vessel .

Cross was pulled away by Pere and Angel and he said nothing afterwards meanwhile Nini continued to dash insults while crying and moving up and down until she got tired.

The man broke down and as Angel consoled him , he said he partly believes that what Nini said was true en that his dumb compared to all other housemates.

HOH thinks he knows everything my God, his the main reason why Cross broke down reminding him how his up for possible eviction and that viewers will vote him out. Was he supposed to pretend so that he impresses? Funny thing is when he broke down and Angel was trying to help him calm down the same Whitemoney was against it asking her to give him time and let him be but Angel instead on staying.

Am now convinced that Whitemoney is so fake and calculative of everything , imagine advising someone with a sound mind to act brainless as if they have no emotions and expression was prohibited.

Anyways, the storm is over now.

Nini took it too far as she was releasing pain off her chest and there may be a Saga ignoring issue involved and Cross just accidentally fell into the hot stew.

Never Tell Your Spouse to Be Like Other Women

Never Tell Your Spouse to Be Like Other Women