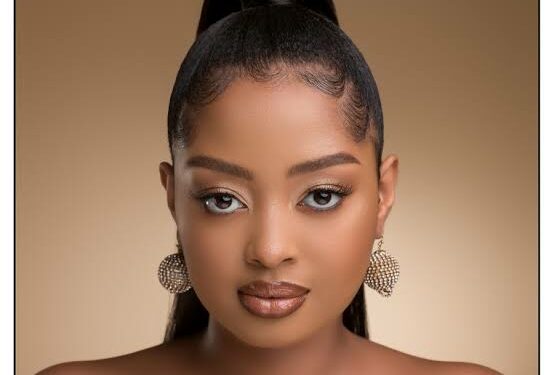 In the past few days, renowned media personality Anita Fabiola has been in the news for not so good reasons.

Last week, the socialite shocked the nation when she hurled insults at her father whom she blamed for beating her brother to near death.

In an audio that made rounds on social media, a lady reported to be Fabiola is heard hurling insults at a man (said to be Fabiola’s father Mathias Mugisha) who is quiet at the other side of the line.

“You dog, you stupid coward omwana wawe wamutera (you have beaten your child) and put him in ICU, why are you so stupid, you are such an idiot mbwenu kuri nimbasa kukutanaka nkakutanaka (if I could vomit you, I would) you are so stupid, how did you even give birth to me, you are sh*t,” she says in the audio that is both in runyankore and English.

Besides that, here are the interesting facts you didn’t know about Fabiola:

3.At the age of 12 she was a model at the Arapapa modelling agency. During this time, she did catwalks and commercials for Flair Magazin in 2008.

4.While in high school, Fabiola participated in the school’s beauty pageants which earned her titles like, Miss London College, Miss St. Lawrence schools and colleges. This led her to participate in the nation wide, Miss High School Kadanke in 2012 which she won, making her the first “Miss Kadanke.”

6.Fabiola kick-started her career in television in 2014 by hosting and producing the Be my date show on NTV which aired out every Sunday at 8 pm. In 2014 the show was voted the most watched entertainment television programme in Uganda. As a result, the show’s success, Fabiola received nominations and eventually won the 2015 Buzz Teeniez Awards for the Best Female TV personality.

7.In 2015, Fabiola had a short time working as a presenter on Capital FM every Mon-Friday on the Big Breakfast from 6 am to 10 am.

8.As an actress, Fabiola is best known for her role as Angella in NTV’s remake of the telenovela drama series, Second Chance that was released in October 2016 on the same station. However, due to a very busy schedule, she left the show to pursue other lucrative business interests across the globe.

9.Fabiola also played a supporting role in the 2015 series Studio 256 also on NTV. She also starred in the 2013 Bollywood Malayalam thriller, Escape from Uganda as Oldra.

10. She also co hosted the live hit Music and entertainment show, “Katch Up” that airs every Friday on NBS TV before calling it quits.

12.In 2018, Fabiola became the first Ugandan to be invited to the prestigious Cannes Film Festival and also walked the red carpet at the celebrity filled event.

13.She also launched her weekly podcast, “The Fabiola Podcast” on Afripods, an online channel and App from Sweden. After this, she became the first Ugandan media personality to own and host her own podcast.

14.In February 2019, she was unveiled as a Tourism ambassador involved in the “Tulambule”, a tourism campaign aimed at promoting local tourism in Uganda. Together with a team of fellow celebrity ambassadors that included Salvador (Patrick Idringi), Gaetano Kaggwa, Marcus Kwikiriza and kickboxer Moses Golola, the team traversed various parts of the country exploring not just the panoramic landscape but also different unique Cultures and traditions while encouraging fellow Ugandans to do the same.

15.Fabiola’s successful career has attracted several brands that she has endorsed. She has been the brand ambassador for several brands like, CAT footwear, Paramour Cosmetics, Lux Belaire, Virginia Black MTN Pulse, Jumia Uganda, Lauma Uganda among others.

16.Fabiola founded the Fab Girls Foundation with the goal of empowering young girls through providing services like basic education, sanitation, creating HIV/AIDS awareness among others. At the start of 2019, she launched a campaign, selling her custom designed calendars in a bid to raise money for her charity.

He stole my money to marry her! Sheikh Muzaata’s widow Kuluthum accused of snatching another woman’s boyfriend