by Kelvin Patrice
in Entertainment, Showbiz
12 1 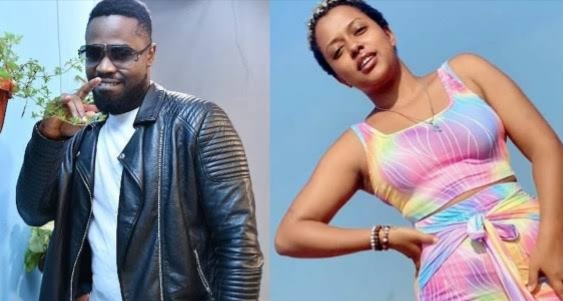 Towards the tail end of last year, Daddy Andre, a celebrated Music producer/ writer, and singer and Nina Roz became the hottest news item in town following reports of their formal engagement that even involved a traditional homecoming at the latter’s parents’ home.

The reports trending however reveal that the Andele hitmaker has since opted to move on from the not so rozy love life he has had recently. It’s been established that the big tune composer is already an item with STV’s Bobo Shan, with further rumours stating that preparation are underway to make it official soon.

The rumour will play a big role in subsiding the earlier reports connecting Daddy Andre with another girl known as Shakira who has been in the news over a possible romantic attachment with the producer.

The news also would come as a big blow to Nina Roz if it turns out to be true as multiple sources have already claimed that the pencil sized beauty has been struggling to recover from a deadly depression since their relationship hit a snag.