Priscillah Zawedde alias Azawi debut at both New York and Los Angelos “Times Square “ makes her the first female and third Ugandan act to appear on the billboard after Eddie Kenzo and Bobi Wine.

by Rheetur N
in Entertainment, Showbiz
14 0 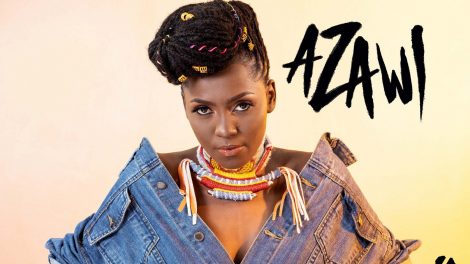 Singer Azawi has summarized her stunning star as rising from “Nakulabye to the World”.

Priscillah Zawedde alias Azawi debut at both New York and Los Angelos “Times Square “ makes her the first female and third Ugandan act to appear on the billboard after Eddie Kenzo and Bobi Wine.

The 25-year-old multi-talented Makerere University graduate was discovered by Swangz Avenue in 2019. She was part of Kika Dance Troupe before finding her mainstream singing career.
Swangz is still her management to date and we can agree that she’s indeed one of the few lucky ones in the industry.

The songwriter/ artists had a breakthrough when her hit single Quin mino was released and well received. Since then she has been writing for fellow artists such as Vinka, Eddie Kenzo among others as well as realizing solo hit singles, banger after banger with the latest being “slow dancing”.

Eddy Kenzo sent Azawi heads up in a tweet via @eddykenzoficial

Another milestone for the Ugandan Music Industry, such things give me great joy. our Girl

@AzawiOfficial is shining brighter at the NEWYORK Time square and Los Angeles. She will represent Uganda in the YouTube black voices class of 2022. Congs Girl

Azawi will also be the only Ugandan artist to represent Africa on the U-tube black voices club (It’s a Youtube project to support African talent) alongside Nigeria’s Omalay next year in 2022.

The sky is not even the limit for Azawi’s success as she was signed by Apple Music (which is a great deal by the way) and signed under SWANGZ AVENUE one of the best record labels in Uganda. All this in a period of just 3 years, quite impressive!