by Lawrence Kazooba
in News
36 1 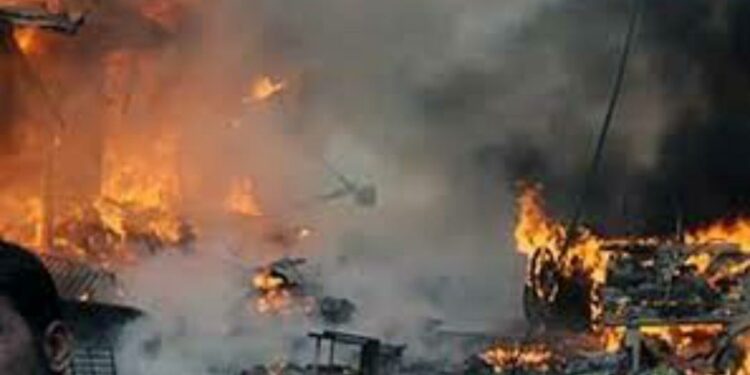 At least two people have died in a bomb blast at a popular pork joint in Kampala’s Kyanja neighbourhood.

The explosion happened at Digida pork joint which attracts many patrons in the fast growing Kyanja neighbourhood located in Kawempe Division.

This comes after United Kingdom issued a security warning that terrorists were targeting Uganda. Police spokesman Fred Enanga, however, refuted the advisory, and instead said the country was safe.

The Saturday evening attack, according to eye witnesses, could cost more than two lives as several people were taken for medical attention in bad shape.

By the time of this publication, Police were yet to issue a statement.