by watchdog
in Business, Technology
17 1 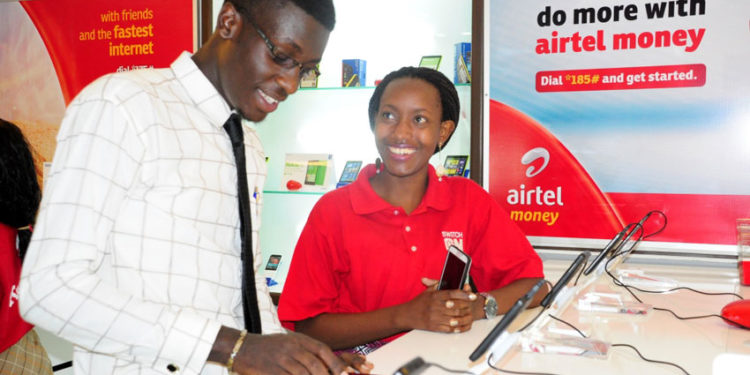 An Airtel Uganda customer care advisor attends to a customer

The service will allow users to send and receive Western Union Money Transfer transactions using their Airtel Money accounts. They can also use the funds to pay bills and merchants, top-up airtime and send money domestically and internationally. Service launch is expected in the course of 2020.

Global senders will also be able to direct international money transfers to Airtel Money mobile wallets using Western Union’s digital services in 75 countries plus territories, or the walk-in Agent network across more than 200 countries and territories.

“Western Union’s unique ability to partner with a growing base of tech leaders is helping Africa to connect to the global financial system and enables African companies like Airtel to pursue their global ambitions. It also drives financial inclusion and improve last mile access for millions of unbanked Africans to financial services,” said Western Union President and CEO, HikmetErsek.

“Sub-Saharan Africa is leading the way globally in mobile money and digital technology and is allowing the continent to leapfrog traditional barriers to development and accelerate economic growth. We are delighted to be part of this success story by leveraging our inclusive omnichannel approach and core assets – including global settlement capabilities, network, compliance and technology systems – to enable international cross border money transfers and payments,” Ersek said.

RaghunathMandava, CEO of Airtel Africa, said, “We are very excited to partner with Western Union to offer Airtel Money customers better access to one of the world’s largest money transfer organisations. International remittances into Africa are a lifeline to some of our customers. This partnership will give our customers the convenience and security of directly receiving and sending remittances from their Airtel mobile money wallets.

They will now be automatically credited and debited via their Airtel mobile money wallets on their phone and can immediately access the funds to pay bills or merchants and transfer funds to family and friends or convert to cash from the widespread Airtel Money agents, kiosks and branches.”

This tie up with Western Union adds to other tie ups that Airtel Africa has already put in place to help customers get inflows from across the world.

Sub-Saharan Africa is a home to the world’s largest free trade area and a 1.2 billion-person market, the continent is poised to create an entirely new development path harnessing the potential of its resources and people, according to the World Bank1. GSMA2 project that in 2025, there will be nearly 6 billion unique subscribers, 5 billion mobile internet users and adoption of smartphones will reach nearly 80%.