by Mourice Muhoozi
in Agriculture, Business
2 0 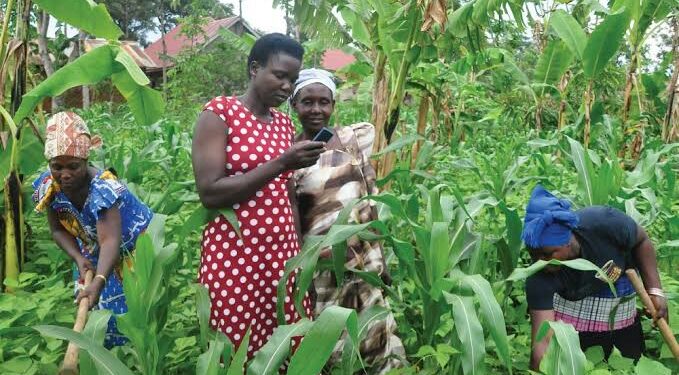 A section of farmers in Nakaseke district, are deeply worried and concerned due to adverse effects of an increase in global warming which has complicated agricultural practices.

In a meeting with delegates from Sasakawa Global 2000 Uganda (SG 2000), held on Tuesday at Kibooba Village, Kigege Parish, Nakaseke district, the farmers under their umbrella Kibooba Coffee Farmers Rehabilitation Group, said there is a down turn in agricultural output, and that it has sharply risen to 60%, as a result of adverse effects of climate change.

The said farmers are deeply terrified, due to different shits in patterns of temperate levels in the district and this has forced most of their crops to die out.

They also decried adulterated and low quality pestcides that are supplied to them by different suppliers, saying that this worsens the already worse situation, causing crops to dry completely.

During the meeting, Sasakawa delegates donated several high class pestcides to farmers, that will be instrumental in spraying their crops, hence shielding them from various pests and diseases. They were also availed with farming equipment like water pumps and spraying containers.

The agriculturalists also asked government, to follow suit and solve farmers’ problems expeditiously, not theoretically. They decried its actions of supplying money to farmers, instead of offering them practical solutions like provision of modern farming equipment and pestcides.

“If government does something like this, and provides farmers with such farming equipment, it can be better than giving us bags of money and we end up doing what is not required,” one of the farmers remarked.

“Much as we have tried to minmise effects of climate change by irrigating, it can defuse effects of drought, but there are some changes which cant be defused like rainstorm and snow. You can’t install an umbrella such that your crops are not destroyed by snow. I showed my seedbeds to you, they were all destroyed by snow. So we are challenged by such a situation, making most farmers incur colossal losses,” said another farmer, who preferred anonymity.

Speaking at the meeting, the head of agricultural affairs in Nakaseke district Mr. Kyitayimbwa Ronald together with his counterpart Oliver Nabiryo jointly issued a statement lauding government for tremendous efforts towards mechanising agriculture in the district.

They said that much as Uganda is embroiled in enormous agricultural challenges, farmers have been equiped with modern techniques to boost farming.

“We acknowledged that these farmers were being negatively impacted by climate change through the loss of their crops, and also incurring low agricultural output. So we instituted a strategy of getting them engaged in farming practices like using advanced technology that increases soil water retention capacity,” said Hope Nabiryo.

Contrary to what the farmers asserted, she pointed out that Nakaseke district has witnessed a sharp increase in people’s agricultural produce, due to the implementation of modern farming methods like mechanization.

“As a result of these mitigating measures, we witnessesd an increase in agricultural output, as compared to to what it was before these measures were installed,” she contended.

The Sasakawa Global 2000 started its operations in Uganda in 1996, after signing an MOU between SAA and the Government of Uganda, with a prime aim of transfering improved agricultural technologies to enhance food security, and household incomes of small holder farmers.