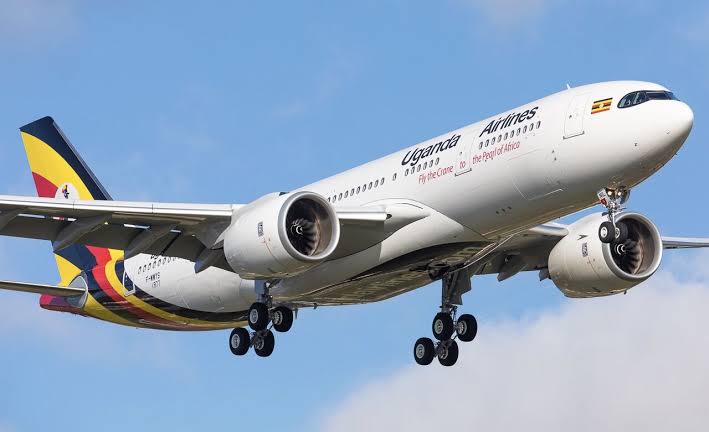 The Minister of Foreign Affairs, Gen. Jeje Odongo has revealed that Uganda Airlines is in the final stages of launching direct flights from Entebbe to China’s Guangzhou city.

Gen Odongo made the revelation on Tuesday during the virtual celebrations of the 72nd Anniversary of the National Day of the People’s Republic of China.

China and Uganda in 2019 agreed to lift their relations to a comprehensive cooperative partnership. The two countries work jointly to implement the Belt and Road Initiative as well as the outcome of the Forum on China-Africa Cooperation Beijing Summit held in September 2018.

The resurrection of Uganda Airlines is yet an added advantage for Uganda to efficiently utilize its relationship with China.

Minister Odongo noted, “The national carrier plans to launch direct flights from Entebbe to Guangzhou once the regulatory procedures are completed. With the re-establishment of Uganda Airlines, we shall have direct connectivity between our two countries, which is a great business opportunity, and people-to-people interaction.”

Guangzhou will be Uganda Airlines’ second intercontinental flight on the addition of the previously launched Dubai flights. Previously the airline has only operated within Africa, but from October 04th, 2021, the airline will connect Entebbe International Airport in Uganda with Dubai. For Ugandans, this is supposed to translate to cheaper Dubai flights and put it in direct competition with FlyDubai, Emirates, and Ethiopian Airways.

It’s worth noting that previously the Airline announced that starting 4th October 2021, will be offering space for three pieces of luggage each weighing 23kgs at no extra cost, the same day Dubai flights are kicking off.

Also soon, Uganda Airlines is targeting to start flying the A330 to London and Mumbai, with the line operating direct flights to these city pairs from Entebbe International Airport.