Today, Haruna properties house over 2,000 businesses, and on average 100,000 customers within Uganda and the neighbouring countries. 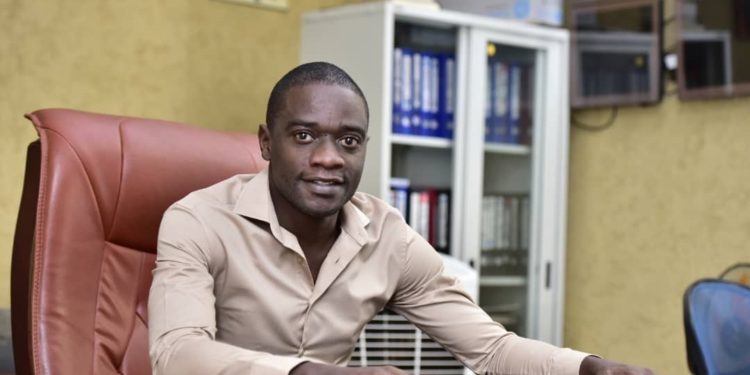 Businessman Haruna Ssentongo story has been told numerous times, as a youthful entrepreneur whose businessmen acumen has seen rise from a petty trader in ladies’ bags and garments to now big player in commercial and residential properties as well as prime land owner in Kampala city.

Haruna enterprises (U) Limited started out as an import and general merchandise sales company. Back then, its proprietor, Haruna, then a university student, imported and sold garments and bags from USA, Thailand, Vietnam, China, among other countries and sold them in Uganda, DR Congo, Rwanda, Burundi and South Sudan.

When he made some money, he branched off into real estate brokerage focusing on commercial and industrial sales, leasing, investment sales and complimentary real estate services within Uganda.

Haruna’s real estate appetite started out on the slummy outskirts of Kampala at Wandegeya Kubiri, along Bombo road. He built his signature glass building and slapped on it his name, Haruna Towers. As a young man, that was not a mean achievement to have a commercial building on the busy highway, a few kilometres from the city centre. The property was a Launchpad that has seen him accumulate property worth billions of shillings.

He soon moved to Ntinda, an upscale suburb of Kampala and finally to the City Centre where he now boosts of several properties.

Haruna towers, Ssentongo’s first big commercial project was started in 2012 on Plot 956 Bombo Road and he has never looked back. Two years later, he was able to complete Haruna Shopping Mall on Plot 1724 Old Kira Road. That was 2014. The following year, he embarked on Nakayiza market and Apartments both in Mengo Kisenyi.

In 2015, the same year he built Nakayiza market and apartments, he imported and installed 3D and 5D cinemas under his Han Cinemas Ntinda. The cinemas premiered movies in 3D and 5D which was a novelty for residents of Ntinda and its surrounding suburbs. Later, he ventured into health and fitness business, successfully launching Han Fitness Centre.

In 2016, Haruna ventured into industry. He installed a water bottling company at Nakatema Nsangi which now produces 210,000 bottles of mineral water daily. In the same year, Segawa Market on Mwanga II Road in Mengo Kisenyi was built.

Today, Haruna properties house over 2,000 businesses, and on average 100,000 customers within Uganda and the neighbouring countries.

The company now employs more than 600 people, from casual labourers to C-suites jobs.

“We are committed to adding value to our clients by providing unparalled knowledge of the Ugandan real estate markets and financial needs.”

From the time his company was registered, in 17 June 2011, Ssentongo Haruna has guarded its ownership at 99% and another 1% owned by Laura Nalukwago.

Records show, Haruna Enterprises has an annual turnover of USD 4 Million and employs not less than 600 people.

According to Wikipedia, Haruna Ssentongo, is one of the richest people in Uganda, and is said to be worth USD 420 million.

Recent acquisitions include land in Nakasero valued at USD2 million, Land in Kisenyi worth USD3 million, a building in Nakivubo worth USD25 million and Land in Munyonyo worth USD2 million.

Mr Ssentongo also explains that his company puts emphasis on “personal relationships” which he says “fosters a deeper understanding of our clients’ businesses and how they are affected by the ever changing factors in the market.”

At Haruna Enterprises, Ssentongo says, senior management are personally involved in every project they put in place to ensure success.

“The personal approach has enabled us to stand above the crowd and maintain long term relationships with an enviable list of satisfied clients and customers.”

Haruna owes his success to “employees”.

“We have an extremely talented group of experts in commercial and residential brokerage, finance, property development and management,” he told Watchdog News website.

“The dedication of our management team and support staff, coupled with the firm’s capabilities, gives us the flexibility to give competent solutions for the country’s corporate clients.”