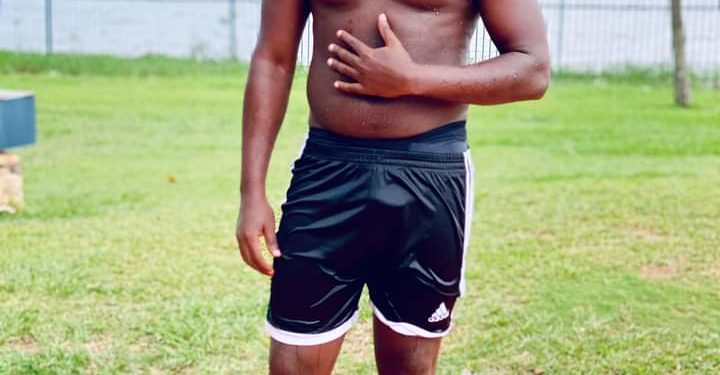 Singer Ykee Benda has decided to hit the gym to silence netizens who recently body shamed him.

Ykee, real name Wycliffe Tugume was recently a victim of social media bullying after he posted a picture while dressed in short pants, leaving the rest of his body uncovered.

Being that the singer had made it a habit to post such pictures, that time round his fans had no kind words for him as they told him off that he has a bad body shape which looks good in clothes.

However, after receiving several trolls, the singer defended himself saying that he was comfortable with his one pack, but deep down he took the advice and decided to hit the gym to make some big muscles.

Through his Facebook page on Thursday, the Mpaka Records CEO said that in a few months, those who mocked his belly will be surprised.

“You guys abused me so much last time, but these days am always in the gym, and in a short period of time you will be surprised and Bad Black will also get surprised,” he said

Among the people who body shamed Ykee was socialite Bad Black, who took it on Facebook and said that even when they remain two in the world, (Ykee and her) she can never set her eyes on him.

But now Ykee is busy in the gym with hopes that in due time, Bad Black among those who mocked his one pack will eat their own words.