by Mubiru Ivan
in Business, Finance
29 1 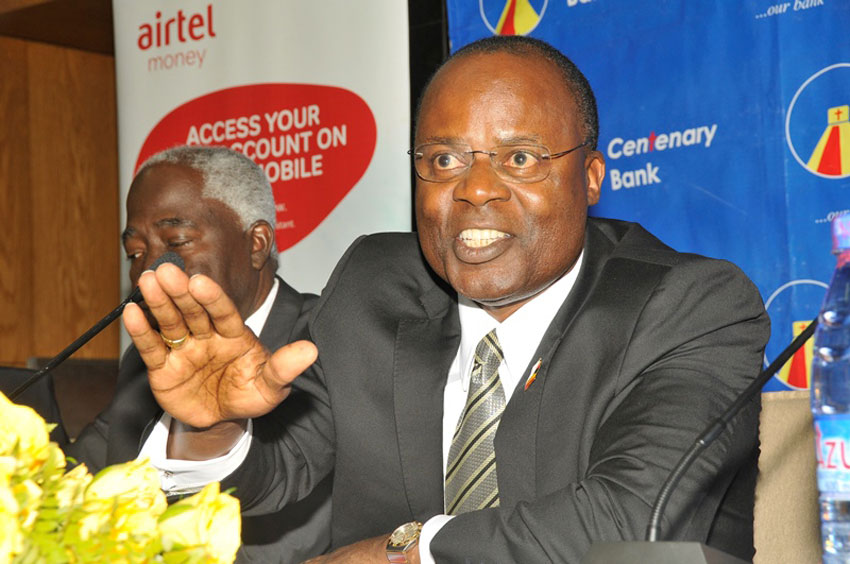 Dr Louis Kasekende has finally given up the Deputy Governor position at Bank of Uganda.

This after, Dr Kasekende handed over office on Monday, January 13, 2020.

According to officials at the Central Bank,  the 61 year-old handed over office to his boss Governor Emmanuel Mutebile.

“As per Bank of Uganda provisions , upon the end of contracts , we have to hand over to our supervisors , so Dr Kasekende had to hand over to the boss,” a source told Chimpreports news website.

Recently, Finance Minister Matia Kasaija revealed that he had written to President Yoweri Museveni about Kasekende’s contract but he was yet to receive any response from him because ‘he had a lot of things to do lately’.

“I’m still waiting for the president to decide because he is the appointing authority,” Kasaija told New Vision newspaper last week.

Senior presidential spokesman, Don Wanyama, also told Watchdog Uganda that Dr Kasekende must wait for his appointing authority to find it necessary to respond to his desire to renew his contract.

“The president will respond at his own time”, Mr Wanyama told this website.

Prior, the Independent Magazine had reported that Kasekende tried, but failed to meet the President Museveni in November to talk about the possibility of extending his contract.

According to News Post website, knowledgeable sources say the president could be still ‘widely consulting’ after it emerged that there are cliques [at the Central Bank, fighting to bring down each other]. The two camps are alleged to be around the Governor and the Deputy Governor.

Newz Post says, by extending Kasendeke’s contract [for another five years] Mutebile’s camp [whose contract expires in January 2021] would have lost the battle. And this may only worsen matters on Plot 17/19 Kampala Road.

To restore coherence and public trust in the Central bank, sources say, the president may choose to let the two bosses at BoU, go when their terms expire. The only concern is that firing the two of them at once threatens to destabilize the already soiled central bank even farther.

The BoU is a very sensitive institution with major implications for the economy.

In June last year, Members of Parliament raised concerns over the incessant scandals plaguing the country’s Central Bank following the recent mishap in which a consignment of printed currency flown into the country included extra cargo not on the bank’s documentation. The scandal led to State House’s anti corruption Czar Edith Nakalema move to arrest several bank officers, although their supervisors weren’t booked.

The legislators hinted on the unsatisfactory behaviour of the Bank of Uganda (BoU) in response to a report presented by the State Finance Minister for Planning,

David Bahati, noting that not so long ago the Bank was under investigation for erroneously shutting down commercial banks in the country, a drama that played out in broad daylight probe which exposed bank chiefs as incompetent and fraudsters.

Commenting about the illicit cash on the plane, Abdu Katuntu (Bugweri County) said that there are two conflicting narratives; one of extra cargo on a plane chartered for the exclusive use of BoU, which indicates a breach in contract; the second, that on the chartered plane, there was extra cargo which was also printed currency but not destined for the BoU vault.

“That second narrative is correct which is criminal and has wide implications on the credibility of our currency and the running of the Bank with the possibility of negatively impacting the economy,” he said.

Katuntu added that what is required at BOU is a structural overhaul because there is a problem.

“As if BoU has not learnt, it falls in the same problem. The other problem is that the Board of Directors does not report to anyone and therefore, they cannot be probed,” he noted, one of the key points noted in the Cosase report to Parliament after the BoU probe.

Katuntu said that there is a need to go back to some of the recommendations made on BoU after the probe on illegally closing of commercial banks.

“Things like the Governor being the Board Chairman has to be changed; it means that he reports to himself and dictates how things should be run without being questioned,” Katuntu added.

He said that there are two factions; one for the Governor and the other under the Deputy Governor that are always fighting themselves because of succession.

He added, “The effects of what is going on in BoU is going to affect us all badly.”

MP Alex Byarugaba (Isingiro South) said that it is an embarrassing moment for MPs and the country because back in the day, the Central Bank was never involved in scandals.

“These people who are being suspected should be on suspension to show that the government is committed to iron out such issues in that institution because we are fed up of the countless scandals,” he said.