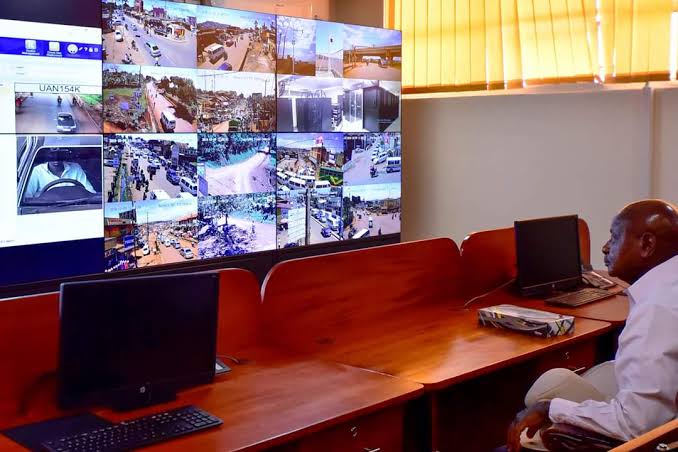 Uganda Police, with the help of the National Information Technology Authority (NITA) will install CCTV cameras in all hotspots across Uganda.

Police spokesperson Fred Enanga who made this revelation while addressing journalists at Police headquarters in Naguru, said this is intended to back up security in such areas. This after realisning a decrease in crime in areas with cameras.

In 2018 Police embarked on installing cameras in phases. In the first phase, at least 2,546 CCTV cameras were installed out of the projected 3,233 in Kampala.

As part of the second phase, Police is to install in every deadly spot a camera. According to Enanga since September last year Police started assessing dangerous places across the country and came out with 2319 places.

“We have so far identified over 2,319 sites where cameras are supposed to be installed and we shall be installing in all hotspots areas surrounding our territorials units countrywide so that they can guide us on how best we can police such areas,” said Enanga.

He added that different types of cameras will be installed such as; 80 automatic number plate recognition, 20 facial recognition. Monitoring centres will be set at over 107 are police stations situated at the districts and divisions.

“Out technical team together with the contractors are going to work on the transmission backbone network that is provided by NITA from which we shall carry out our transmission. This second phase will cover all municipalities and 144 major towns across the country and highways,” he added.

In areas such as Kisoro, Mityana, Mubende, Kamuli and Rukungiri, police will use a stand-alone network without accessing NIRA.

“Stand-alone network will help CCTV cameras to transmit to the command centre base. We are also to cover major borders like Nimule, Malaba, Busia, Bunagana and Katuna,” he added.

Over Shs500bn will be spent on this project and Kampala Metropolitan area will take over 3,233 cameras alone.

The Ministry of Gender, Labour and Social Development has suspended the activities of six labour recruitment firms for charging illegal registration...

Why should I mobilise MPs to censure Gen Tumwine, asks Mbwatekamwa

The Kasambya County Member of Parliament has hit back at critics who have castigated him for failing the censure motion...

The Uganda Parliamentary Press Association (UPPA) has started its savings and credit Sacco with focus on improving journalists’ welfare. Speaker...

Rwanda’s National Public Prosecution Authority (NPPA) has said that singer Kizito Mihigo, who was found dead in a Police cell...

Stop wasting time on someone who doesn’t want you