by Brian Mugenyi
in Football, Sports
3 0 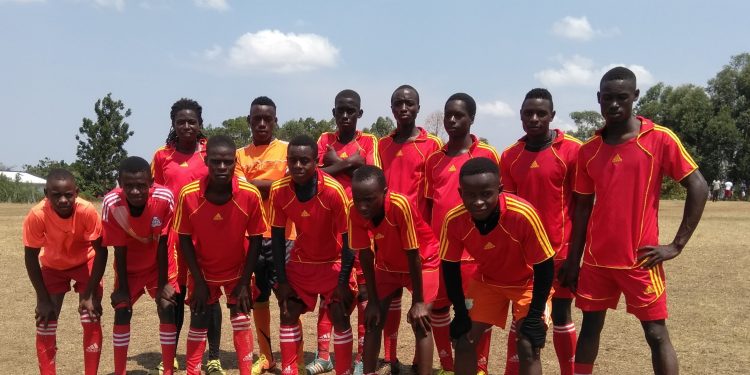 Sports in the community are a driving factor of leisure and entertainment. They change and fine-tune the cities, players and the fans regardless of the countries they’re situated in, teams they play for and support respectively.

Those were the last words of Aloysius Ssebulime, the head coach of Buddu United Soccer Academy as he was smiling off to the cameras during the Sports gala event that saw his team losing 4-2 against Kyabakuza junior team in Masaka City last weekend.

The whole affair of the sports gala was a learning and mentorship curve to many sports fanatics in Masaka City since grass root football is drastically struggling to regain its past glory.

Buddu United Soccer Academy was formed with the obligation of tapping young talented players within Masaka City as well as creating unity through sports within the region.

Ssebulime has lived up to mentor teenage players within; Kirimya United, Mbuye High School and Hoys Secondary School to mention but a few.

Among the players that Ssebulime will heavily rely on to ensure that Buddu team propels to greater heights remains Masaka City based teenagers.

Buddu Soccer Academy is apparently  based in Kyabakuza Trading Centre in Masaka City and its struggling with sports kits and financial assistance according to Hassan Mugerwa, the team’s director.