by Brian Mugenyi
in Football, Sports
12 0 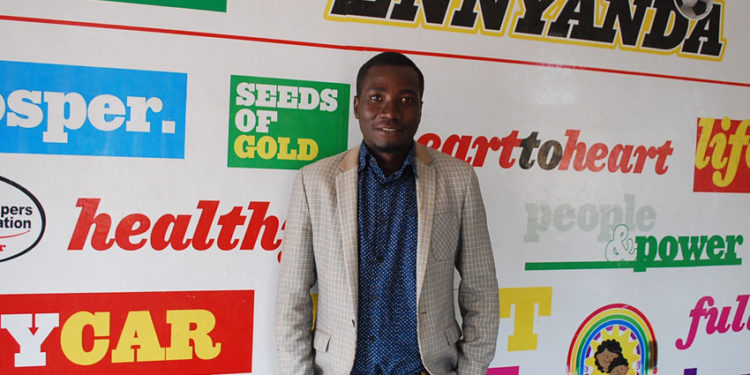 If it was not for Covid-19 pandemic, the mood for Masaza Cup would have been at its tall. However, most of the preparations; signing players, coaches and allocating the befitting 2020 Masaza Cup editions are done indoor by the teams due to President Yoweri Museveni’s directive that has seen the beautiful game sport, quarantined until further notice.

As you read this, all the 18 teams that annually compete in Masaza Cup are gearing up for the tourney that has stood for the last sixteen years. Thanks to the Kabaka of Buganda Ronald Mutebi for reviving this competition since 2004.

In the beginning, very few knew about Jude Muleke until when he replaced Vincent Mayiga as the Buddu county Chief (Pokino). Muleke, 41-years-old, was not even known in the circles of sports- be it at Masaka Recreation, or at the 45,202-seater Mandela National stadium Namboole.

Much as he served as a goalie during his high school days, his decision to return Meddy Sserwadda on Buddu team might work miracles.

Born to the late Gabriel Ddungu and Mrs Simplicia Natembo, Muleke is well acquainted with the atmosphere in the Buddu camp. Unruly fans and their violent traits. Wining trophies being their priority each season, sacking irregular coaches and players themselves which Sserwadda had endured since 2004.

Much as last year their performance was below the belt, it is evident that this season even their ancestors knows it better that garnering for the best is their ultimate goal.

Sserwadda, has lived up to serve sports in the region or even his career in Education at Masaka Secondary School. Such experience is a revelation of the return of the prodigal son who had left the ship in 2016 when its captain ran riot.

Lutaaya, the Masaka sports encyclopedia is a fresh blood yet to be transfused in the team which struggles to return to winning ways since 2016.

Much as the beautiful game is embedded with different people and their different ideologies, at least this time around, one would say that the neutrality in the Buddu camp was present. It was not about voting for the best using the ballot papers but rather voting the best using the brain and spiritual powers. Such voting might work wanders this season and even their ancestors at Masaka Recreation might be somewhere celebrating for the decisions made.

The playground, Masaka recreation holds a lease hold register volume 5.5 and limited on a lease of 99 years and its land title were issued on January 1, in 1959. But since then, it has never seen such togetherness being enforced even in the days of the late Patrick Kawooya at SC Villa and Masaka Local Council (Masaka LC) a lot was at a standstill.

Teamwork and neutrality in the decisions making has always been lacking the same thing that forced sports addicts like Vincent Ssempijja (Minister for Agriculture, Animal industry and fisheries) to pull off the plug in the area’s sports in 2015.

The Management in full details:

You're a coward, don’t use Coronavirus guidelines to torture opposition members- Bobi Wine to Museveni