Africa's history has been riddled with civil wars, bloody riots and political unrest

by Brian B. Mukalazi
in Conversations with, Op-Ed, Politics, Politics, Voices, World News
4 0 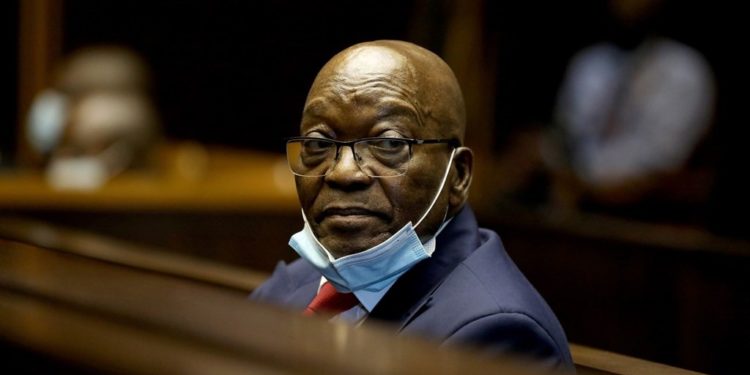 In October 2019, Ethiopia’s prime minister, Abiy Ahmed, was awarded the Nobel Peace Prize for his efforts in achieving peace and international cooperation, and in particular for his decisive initiative to resolve the long-running border conflict with neighbouring Eritrea.

In its official announcement, the Nobel Committee detailed a litany of accomplishments for Abiy as prime minister. These included: lifting the country’s state of emergency, granting amnesty to thousands of political prisoners, discontinuing media censorship, legalizing outlawed opposition groups, dismissing military and civilian leaders suspected of corruption, and increasing the influence of women in political and community life.

Many observers compared the 44-year-old Abiy, who is currently the youngest president on the African continent, to leaders such as Nelson Mandela, Justin Trudeau, Barack Obama and Mikhail Gorbachev. However, today, barely two years after receiving that accolade, Ethiopia is on a brink of a full-blown regional conflict and a humanitarian crisis.

According to experts, the bloody war, which started in November 2020, in Ethiopia’s northern Tigray region was sparked by the Tigrayan leaders, who argued that they were unfairly targeted in corruption prosecutions, removed from top positions and were also blamed for the country’s problems.

Since then, the problems have multiplied, leading to deadly violence in Africa’s second most populous country. It is estimated that more than two million of Tigray’s six million people have fled their homes, 400,000 others living in famine conditions and with at least 10,000 reported deaths. Also, tens of thousands of people have sought refuge in Sudan and other neighbouring countries.

Africa’s history has been riddled with civil wars, bloody riots and political unrest and these have been major catalysts for the continent’s slowed growth but it is apparent that we have learnt few lessons from these past mistakes. Take a look at South Africa: Africa’s third largest economy and a country with a long, dark history.

At a time when South Africa was struggling to contain the effects of the Covid-19 pandemic that has claimed the lives of more than 74,000 people and with a health system beyond its breaking point, violent protests broke out following the jailing of former President Jacob Zuma on July 7.

In what has been described as the worst violence witnessed since the 1990s, before the end of apartheid, the country has been dealt a major body blow in its efforts to rebuild the economy. The rioting, that majorly spread through KwaZulu-Natal (Zuma’s home province) and Gauteng provinces, has claimed more than 330 lives while damages and lost property have been estimated at over $3.4 billion.

In South Africa, despite the gains made in the last two decades, millions of people remain impoverished, particularly during worsening economic conditions exacerbated by Covid-19. The July riots were partly fuelled by what many citizens consider as poor governance, severe inequality and a high unemployment rate that has rocketed to a record 33 per cent.

Many of Africa’s problems have been attributed to its former colonial masters and Western powers. But while this is true, to a certain extent, there are equally many ills that have emanated from our own backyards. For instance, I don’t believe that it is the ‘white man’ accountable for the wide spread corruption, theft and gross abuse of public resources evidenced in most African states.

In 2000, Oxfam published a ground-breaking report indicating that $50 billion was being embezzled each year from the world’s poorest countries (most of which are located in Africa) – a sum then roughly equivalent to the entire aid budget of rich countries sending cash to these poor countries.

In Equatorial Guinea, Teodoro Nguema Obiang Mangue, the president’s son, vice president and also the country’s defence and security minister, has often been accused of embezzling and laundering public funds, stashing it abroad and using it to fund lifestyles of amazing luxury.

In 2011, the United States Department of Justice seized over $70 million worth of Nguema Obiang’s assets while in 2017, Switzerland seized his $100 million-dollar super yacht and 25 cars worth $27 million. On July 28, 2021, France’s highest court, upheld two lower courts’ convictions against him regarding France’s control over $177 million in stolen assets. Under all these agreements, the seized assets were to be returned to Equatorial Guinea for the benefit of her people.

While Nguema Obiang and his father, the world’s longest-serving non-royal head of state, were spending incredible sums on fast cars, fast women and flash property, the population of their country continued to be stuck in persistent poverty, with the eleventh highest HIV rate in the world, as well as high rates of dengue fever, malaria and malnutrition.

But it may be important to note that, in 1968, on the eve of independence from Spain, Equatorial Guinea had been one of the most prosperous countries in Africa, with almost universal literacy, more hospital beds per capita than Spain itself, and healthy crops of both cocoa and coffee.

Another good example is that of Isabel dos Santos, the daughter of Angola’s longest-serving president, who became Africa’s richest woman in 2013 with a fortune estimated by Forbes magazine to be more than $3 billion. However, in a twist of events, her business assets were frozen in 2019, and was recently ordered by a Dutch court to return shares worth $500 million to Angola’s state oil company, Sonangol Energy Group, which she chaired until her father left power.

Angola is ranked among the top 20 most corrupt countries in the world. According to the International Monetary Fund, some $32 billion simply went missing from the state budget between 2007 and 2010. And in 2002, the Central bank governor tried to transfer $50 million of the government’s money to his own account in the United States. When the request was blocked by Western bankers, he shamelessly tried again!

These predicaments, coupled with many others, draw me back to Tokunboh Adeyemo’s 1997 book titled: Is Africa Cursed? with the same nagging question. Could it be that there’s something wrong with our skin colour or race? Is it about the location of our continent? Is the problem biblical? Or it’s the work of the white man?

In the next edition(s), I will endeavour to provide more insight into this subject and also attempt to answer some of the above questions.

Mr. Mukalazi is the Country Director of 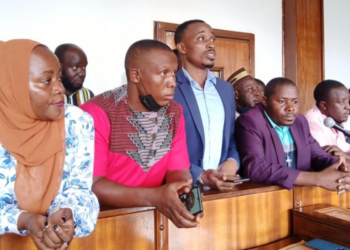 DR INNOCENT NAHABWE: Why every professional should learn some Marketing