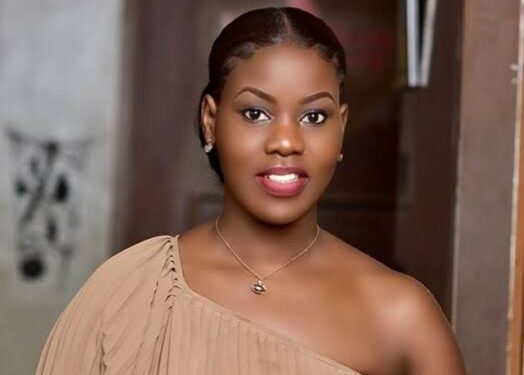 Faridah Nakazibwe is one of the finest news anchors in the country, working with NTV Uganda. She is also the host of ‘Mwasuze Mutya’ show aired on both NTV and Spark TV.

Those close to her describe the 35 year old as hardworking and down to earth lady.

Here some of the interesting things you didn’t know about her;

1. Born in Masaka District, Faridah Nakazibwe is a daughter of the late Hajj Shakib Ssenyonjo and Hajat Sarah Ssenyonjo. She  is the second born in a family of eight.

2. She attended Kisozi Boarding primary school and then moved to Bwala primary school where she completed her PLE. She moved from Kisozi to Bwala because the president bought off Kisozi land where he set up his Kisozi farm.

3. She later joined Taibah High School in Kawempe, Ttula for her O’ and A’ levels. She then joined Islamic University in Uganda (IUIU) Mbale where she offered a bachelors Degree in Mass Communication.

4. Nakazibwe has two beautiful daughters with her ex-boyfriend Engineer Dan Nankunda whom she met at the defunct WBS TV.

5.After breaking up with Eng Nankunda, Nakazibwe hooked NRM National Vice Chairperson Al Hajj Moses Kigongo before bitterly calling it quits after some good years of dating. She then married a one Omar Ssali. Unfortunately, their marriage never lasted for even a year.

6. In an interview with the Observer newspaper in 2015, Nakazibwe revealed that she loves slow music by the likes of Celine Dion, Mariah [Carey] and the Brandys. She also loves Iryn Namubiru, Juliana and Rema.

7. The beauty’s curvy figure is natural. She just doesn’t try that much. “I think I am one of the most unfit Ugandan women. I went to the gym for two weeks and when I missed one day, I never went back. I also used to go for Zumba but the timing of the classes wasn’t favourable for me. The class was between 6pm and 8pm yet that is when we are most busy at NTV,” she was quoted in a recent interview.

8. To keep her skin smooth, she uses Lancôme products.

9. Her sense of style is one of the things that captivate her legion of admirers. She is decent in a sexy way, with her trademark body hugging dresses that bring out her curves. During Ramathan, the Muslim lady covers up with a veil. She says she chooses her own clothes and doesn’t have a stylist.

10. Of role models, she says the anchors she looked up to were those she watched on UTV (as UBC was called then). Francis Bbale, Lucy Banya and Toya Kilama were her favourites. She admired the way they spoke and the authority they commanded. Growing up in Masaka district, she admits to never having much access to international television channels. Lately, on the international scene, she looks up to Al Jazeera’s Veronica Pedrosa. In Uganda, she looks up to her colleagues, Frank Walusimbi and Nancy Kacungira. “I admire Walusimbi’s rich vocabulary in the Luganda language. I’m also reading as much Luganda literature as I can get my hands on,” she says.

10 choices you will regret in 10 years

10 choices you will regret in 10 years