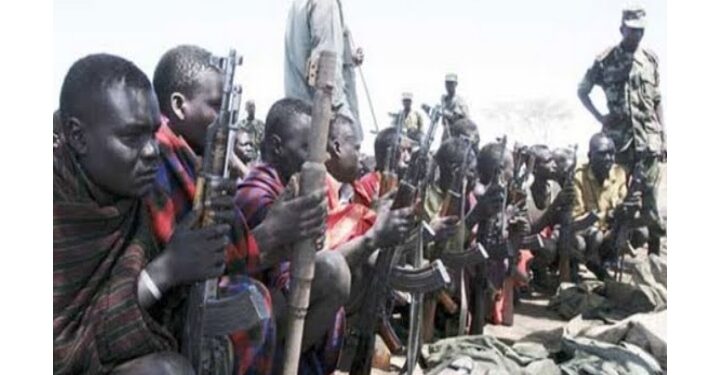 Karamoja is an area of particular interest to many humanitarian organizations. Firstly, because food insecurity is a major challenge in the region. According to the 2017 Food Security and Nutrition Assessment (FSNA) for Karamoja (carried out by Makere University), up to 45 percent of households in the region are food insecure (Makere University, 2017) and conflict both between communities (also known as inter-clans) in Karamoja.

The region of Karamoja consists of eight districts: Karenga, Kaabong, Kotido, Abim, Moroto, Napak, Nakapiripirit, and Amudat. The population of the region is estimated at 1.4 million, based on the National Housing and Population Census of 2014 from UBOS.

Insecurity Issue
the widespread cattle raids have tremendously increased due to rampant raids among the communities in the Karamoja region.

The Identified the major sources of tensions as struggle for food for survival  natural resources, bad politics, ethnic divisions, poverty in different households, jealousy and greed, and criminal activities by disarmed youth in the area. 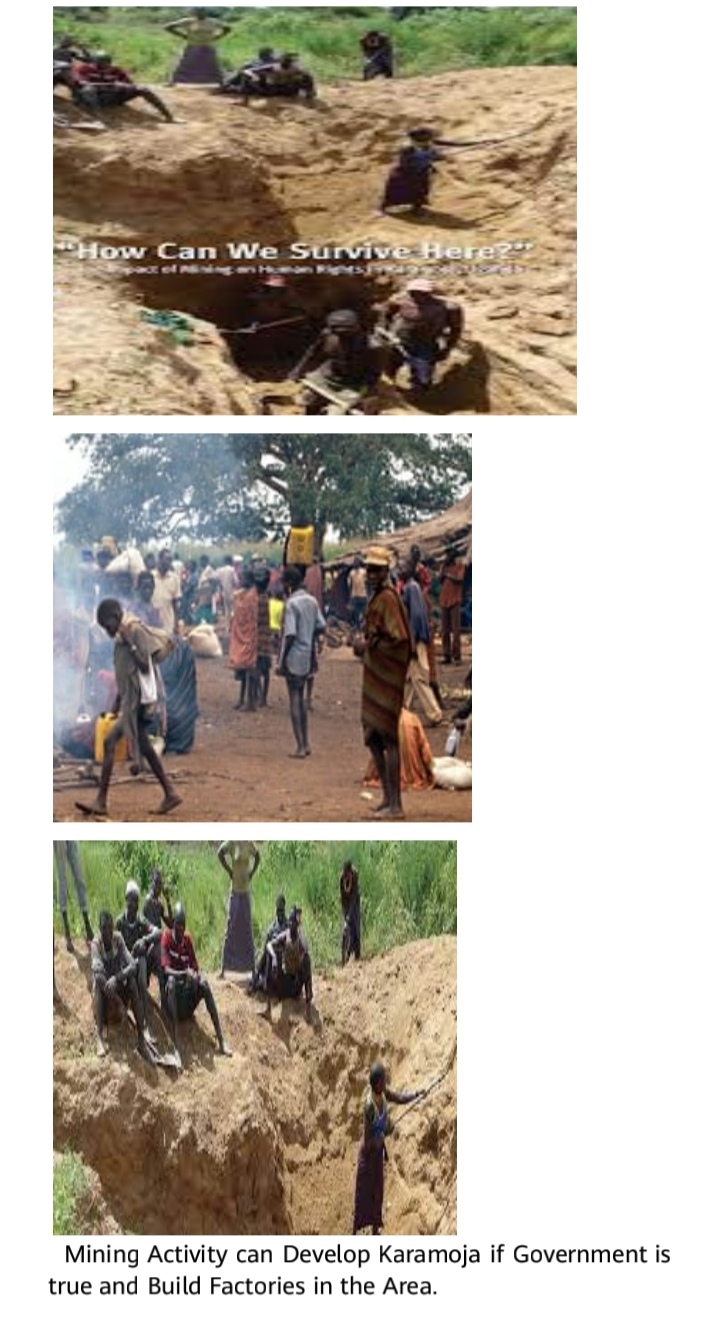 Raids and guns
Insecurity in Karamoja is relatively endemic, characterized mainly by cattle raiding, which have existed in the region for centuries (Knighton, 2003).

Cattle raiding is a socio-cultural as well as economic institution, with a variety of underlying motivations.

Cattle is key to survival in Karamoja, so there is a constant need to reconstitute herds that are depleted as a result of Commercialized raids ,drought, famine, disease and raiding.

This practice serves to redistribute wealth, and food within the region and across the porous borders, and conceal raiders and sometimes support raids through ethnic/tribal incitements instead of promoting peaceful means of resolving conflicts.

Some local councilors have failed to renounce raids openly and are not taking serious actions against raiders by reporting them to the police or the army. Sometimes the police release criminals for lack of evidence or bribery. The Criminal go back and taunt the community and the elders who reported them. Some people complained of arrests of innocent people by the police and the military on charges of wandering but they are accused of releasing criminals for brides. 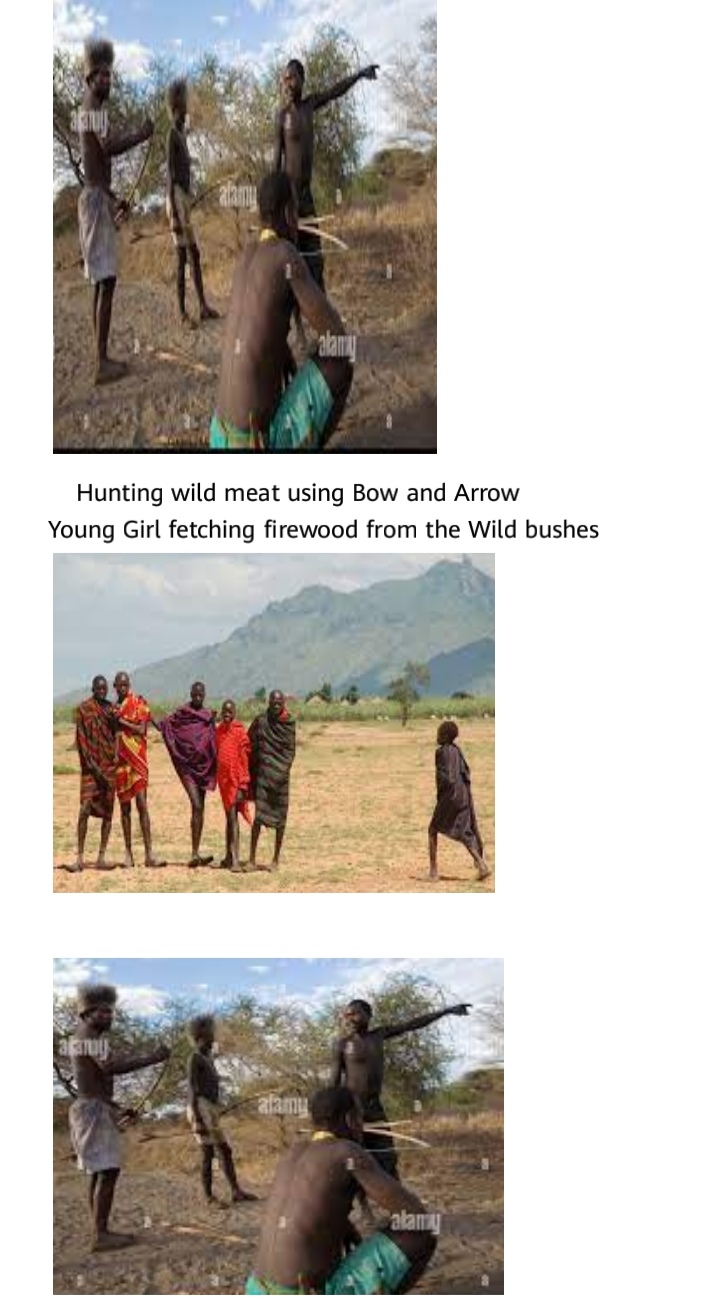 Furthermore, insecurity associated with armed conflict has remained an issue in the region for decades (Safer world, 2010). Additionally, a high level of climate variability undermines the capacity to utilize the region’s natural resources, as they are affected by droughts, floods and dry spells Karamoja is also the poorest region in Uganda, with the poverty rate in the region being more than three times the national average. Comparing Human Development Indicators for Karamoja to those of other regions in

Hunter-gathering
Dependence on natural resources for food. Wild fruits are important resources for human consumption and nutrition – both from the fruits‟ flesh and from seed oils – and for their role in rituals. Other wild foods such as honey and ants are also highly valued. Households and individuals are intensifying certain strategies, such as natural resource exploitation gathering of wild foods to supplement diets and in the sale of firewood, charcoal, and building poles for cash or food (Stites, E., et al, 2010).

Foraging is mainly done by women and girls to augment family resources. They collect wild vegetables and fruits (ebisinai, edwol, esoboliat, akeo, ebabui plus fruits like ngimongo, ngakalio, ngiru, ngacok, adilat) especially in times of poor harvests and loss of animal assets through raids. This activity is equally dangerous for the women involved. They reported incidents of snake bites and accidents. For example they cited a case of a woman called Nangiro who fell and died when she climbed a tree locally known as ekorete   to cut the leaves and cook for the family. 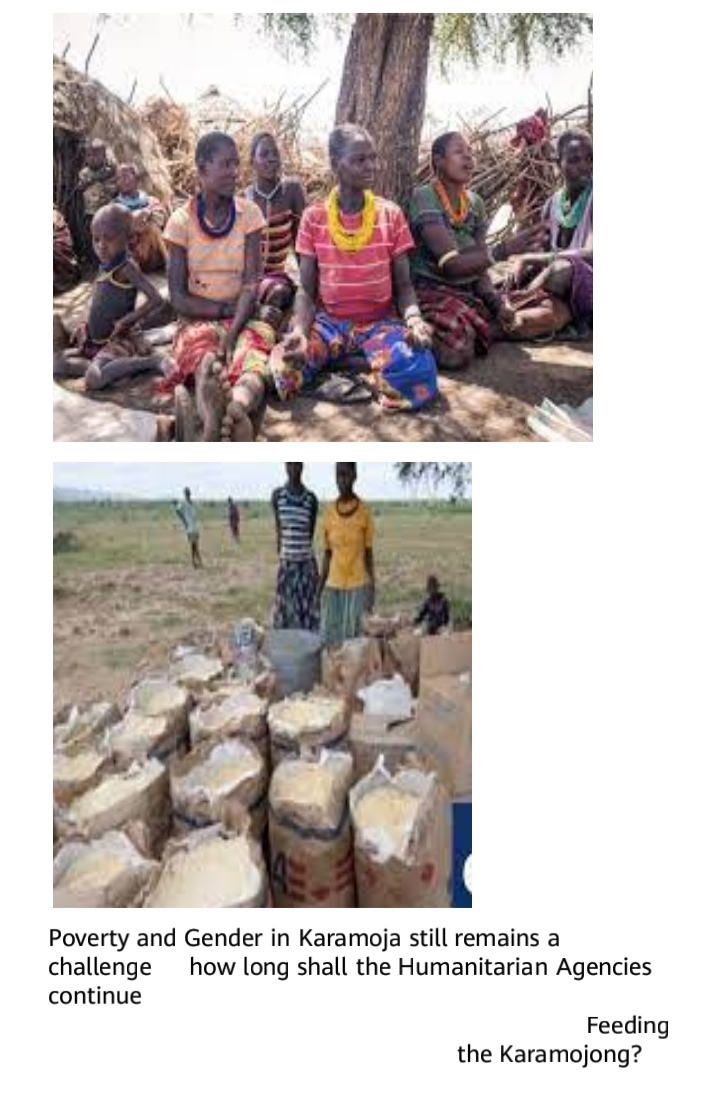 In Karamoja Mining is another form of livelihood activity employing both men and women. Minerals, such as limestone and marble, are important to communities for income generation. The Workers at stone quarries access basic necessities with profits they earn from selling extracted limestone and marble to cement companies. The extraction of marble from the slopes of Mount Moroto for sale to cement factories is a relatively new livelihood activity but if the government could be very fair and invite the investors to construct the cement industry in Karamoja, I think can be a very good opener to development towards the Region.

Communities in Rupa sub-county and Lopedo in Kaabong are already involved in open cast mining of Gold on individual basis. Marble and limestone mining is also an ongoing activity in Rupa and Kothiro sub-counties in Moroto district. The markets for these mines are available locally, nationally and internationally in Kenya. 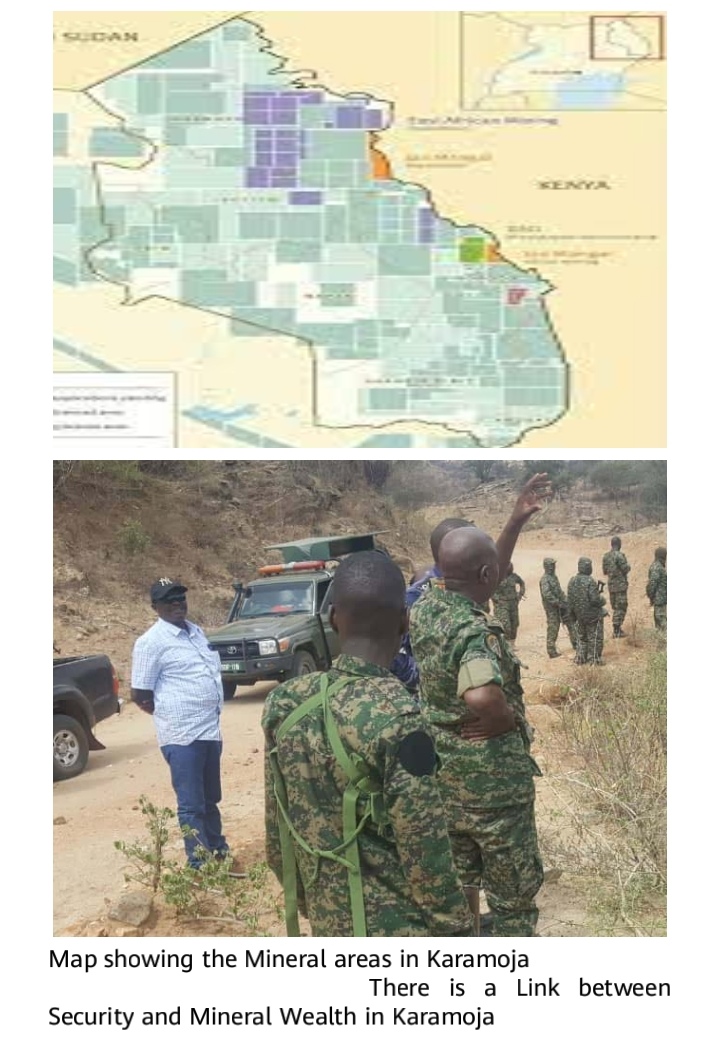 The bad politics has divided people along party lines in KARAMOJA. Sometimes
politicians continue with politicking after elections with the aim of discrediting the incumbent politician. For example, “When your candidate loses you are in trouble, your family will never be support. I believe there must be a fair treatment accorded to all voters since politicians represent the people and are elected by the people.

The Politician who has gone through  Election will not share equal opportunities to the voters example currently for the case of  State house Scholarships will never be given to student who have passed sciences instead they will waste on Non-science Courses either give to relatives of award to Certificate students.

More So, This politics in Karamoja is not for agreements between people so that they can live together in groups such as tribes, cities, or neighboring borders.  Such agreements can be for development, support and being agents of unity”.

The new districts heightened segregation along ethnic lines. This has brought about discrimination in employment and access to public resources, the ethnic groups are confined to government jobs only within origins of their districts.

Gender Norms and Role of a Woman in Karamoja.

In Karamoja, gender norms that’s treating women as property continue to structure economic activities and traditional governance mechanisms in ways that are, at times, recreated by state institutions. These norms play an important role in constraining access to critical resources and authority at household, community, and higher governance scales.

Historically, women have an exchange and barter value linked to livestock, for which they are traded through marriage. Livestock belongs to men; women have no decision-making over the resource, although they can access milk with men’s permission. Today, their work therefore includes all farm work and gardening, water and firewood collection, food gathering, and in some cases brewing, in addition to all child care and reproductive responsibilities.

In many cases, women function as sole breadwinners, but nevertheless they have limited access to the income generated from these activities. As described in later sections, these dynamics have contributed to considerably workload burden and time poverty among women and girls, as well as alarming levels of gender-based. 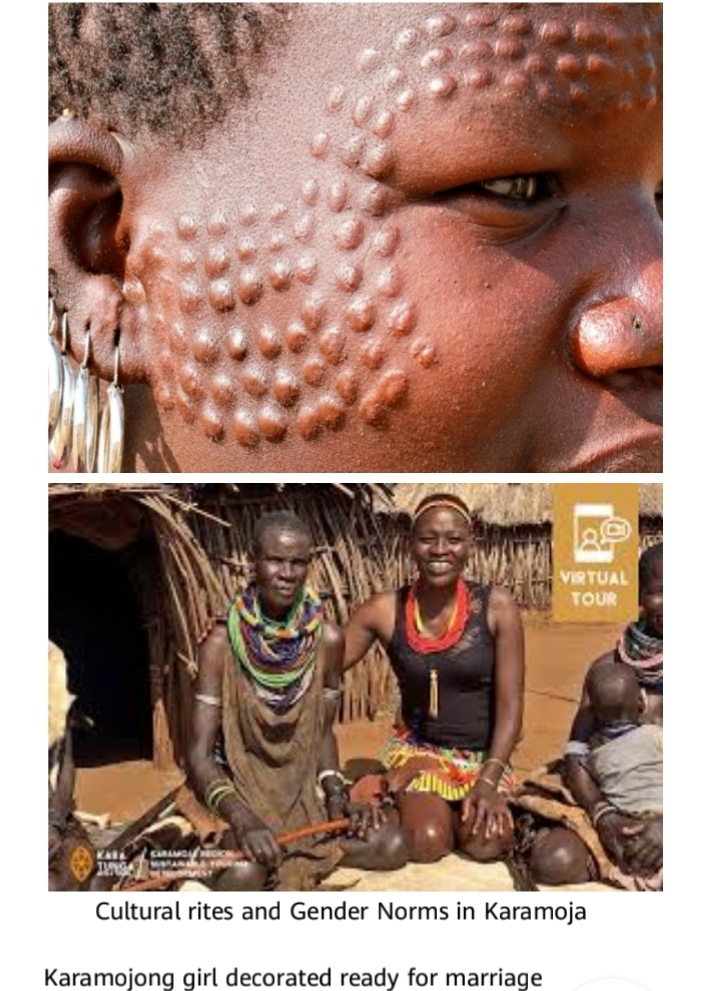 In Karamoja, young girls enter into early marriages, due to Cultural values , wealth and  school drop outs are rampant with lack of guidance from parents which intern has contributed to more numbers dropping out of school leading to breakages because families are formed without proper guidance.